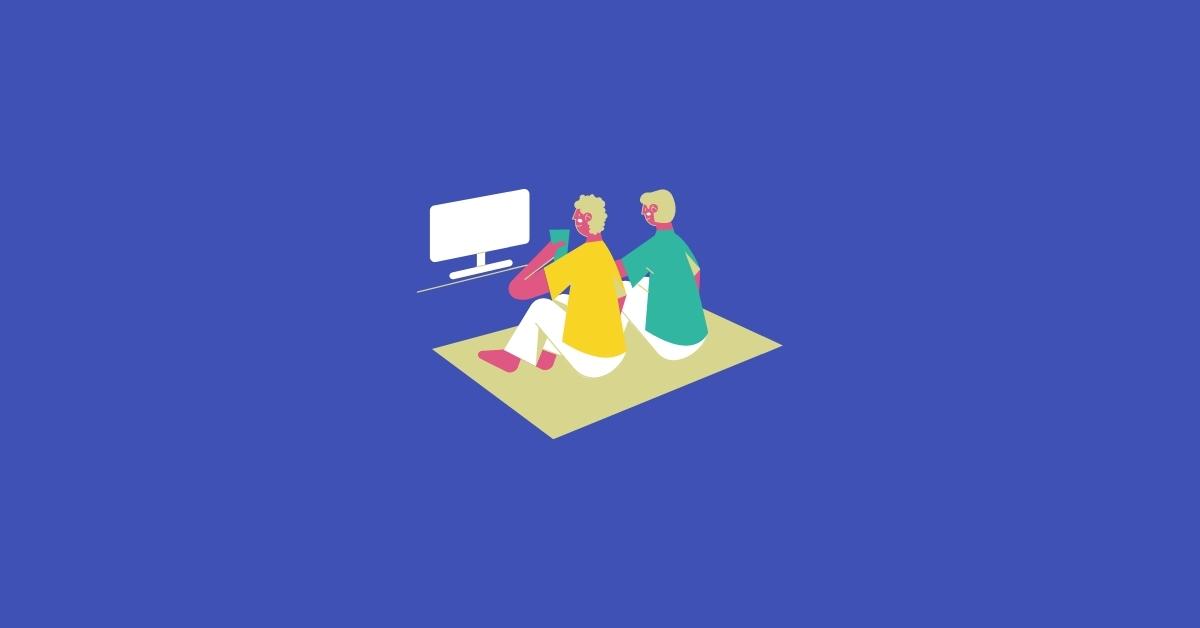 Peacock vs Paramount Plus: Online streaming has become more popular these days, and your options for streaming services are only growing.

For instance, they offer different content selections, extra features, prices, and more. So, here is the complete breakdown of both the services and how Peacock vs Paramount Plus compares!

But, before going any further, it is important to note that Peacock can be accessed for free, whereas Paramount Plus doesn’t offer any free plan.

And just like other services, Peacock is no exception. You’ll get to view ads in the free service. So, even if you are choosing to pay for Paramount+ rather than Peacock, it still won’t hurt to take advantage of its free tier.

Peacock vs Paramount Plus: Overview

Peacock: It is an American latest streaming service from NBCUniversal that is created to compete with other streaming services like Paramount+, HBO Max, Prime Video, Netflix, Disney+, and more.

It offers around twenty-five digital channels, including digital-oriented programming and long-form content from NBCUniversal’s broadcast and cable properties, as well as third-party content operators.

Paramount Plus: Paramount Plus, formerly known as CBS All Access offers access to a wide range of TV shows and movies from The Godfather trilogy to Star Trek: Picard.

And also, over 50 original shows along with the 90s sitcom and many more. It is available in different languages, such as Spanish, Norwegian, Portuguese, Danish, English, Finnish, and Swedish.

Peacock vs Paramount Plus: Plans and Price

What is the Difference Between Peacock and Paramount Plus?

Whereas, Peacock is NBCUniversal’s service that is mainly developed to compete with other streaming services like Paramount+, Disney Plus, Netflix, and more.

And choosing between the content from CBS or NBC can make it easier for you to decide between Paramount Plus and Peacock. Because Paramount+ is owned by Paramount (ViacomCBS) and Peacock is owned by NBCUniversal.

Although both services are apparently more than that of NBC and CBS, they are still an integral part of each service. For instance, Paramount Plus provides access to a lot of popular CBS content.

So, this not only allows you to watch on-demand popular CBS shows but as a Paramount Plus subscriber, you can also watch its local live CBS channel without a live TV plan.

Moreover, this focus on CBS also means that some sports programming like Champion League, NFL, and March Madness is available to watch through Paramount Plus.

Just like how Paramount Plus focuses on CBS, Peacock comes with a focus on NBC. This not only focuses on the content but also on new episodes and shows.

Moreover, Premium and Premium Plus subscribers get next-day access to current NBC shows. So, if you are someone who wants to keep up with the latest NBC shows, but don’t have a live TV subscription, then a paid Peacock plan can be the right thing to choose.

Besides, it also holds the rights to various sporting events, such as the Olympics and English Premier League. And it also comprises access to some exclusive shows that are only accessible with a subscription.

Peacock vs Paramount Plus: How They Stack Up!

Peacock: Even though Peacock is a relatively new streaming service, it offers a lot of TV shows and movies. Note that Premium subscribers will get to watch more content than the basic users.

You can be able to watch TV shows like 30 Rock, Brooklyn Nine-Nine, Downton Abbey, Modern Family, The Office, Parks and Recreation, Cheers, Everybody Loves Raymond, Battlestar Galactica, Chicago Fire, Monk, and many more.

In addition to its movie catalog that already has Jaws, Meet the Parents, Mamma Mia, Brokeback Mountain, Shark Tale, and more, NBCUniversal said that Peacock will be home to a few popular upcoming films like Jurassic World 3, and Fast & Furious 9.

Paramount Plus: Unlike CBS All Access, Paramount Plus offers different titles from other networks under the parent company – ViacomCBS. This comprises Sports HQ, Nickelodeon, MTV, the Smithsonian Channel, Comedy Central, Entertainment Tonight, and BET.

That means you can get to view some of the Comedy Central hits like Chappelle’s Show, The Daily Show with Trevor Noah, and Detroiters.

Other solid TV programs comprise a ton of Star Trek-like Voyager, The Original Series, The Next Generation, Deep Space Nine, and Enterprise.

And when it comes to the movies, you’ve all four Indiana Jones movies, the Godfather trilogy, and a lot of modern classics like Minority Report, Election, Zodiac, and Jackie Brown.

Paramount Plus: Paramount+ stands out from other streaming services by offering original content that you can’t watch anywhere else.

Some of the original content includes Why Women Kill, The Stand, The Good Fight, Star Trek: Discovery, Star Trek: Picard, Fraiser, Tooning Out the News, The Real Criminal Minds, Lioness, and many more.

The content that is available on Paramount+ is owned by Paramount and CBSViacom. That means you don’t have to pay licensing fees to any third-party company. So, check out the list of Paramount Plus originals, and you may find something you like!

But with its paid subscription, you can watch many more, such as English Premier League matches, NFL, NASCAR, and NHL.

And if you can’t watch your favorite team’s match live, you can access a complete replay once the game is over.

Note that Peacock is also the premier home of the WWE network. Thus, wresting fans get to watch a massive amount of WWE content and stream pay-per-view -like events.

But if you want more coverage of national sports leagues, you’ll need to pay for a live TV streaming service like YouTube TV or fubo TV.

Peacock: Unless you opt for the Premium Plus tier that costs $9.99 a month, you’ll get to see ads. Nevertheless, you should note that certain shows and live TV still has ads even with the Premium Plus plan.

Paramount Plus: On Paramount Plus, you’ll get to see ads during on-demand TV shows unless you upgrade your subscription to the $9.99 a month plan.

However, you should note that even with the Premium plan, you’ll still see ads on live TV as it is live TV.

Peacock: Although you cannot download stuff to your devices, it does allow its Premium subscribers to download certain shows on the Peacock app.

Paramount Plus: It allows premium subscribers to download shows and films on their devices like Android, iPhone, and iPad devices.

That means it doesn’t allow you to download on your computer. And it gives the ability to download up to 25 titles at a time.

Peacock: Peacock has a simple and straightforward interface. All the shows and movies are separated by category, and you can even create a watchlist of your favorites.

However, it doesn’t have the option to create separate profiles for different views. That means parents have to create the parental control pin on their own account to prevent their child from viewing inappropriate content.

Ads on the free plans are really annoying, and it even promised there would be no more than five minutes of commercials per hour. And it even has an in-built feature to prevent the ads from playing during each commercial break.

Paramount Plus: Paramount Plus’s interface has all the basic features that you might expect. Its home page starts with the standard big banner of promoted content that appears around.

Currently, the highest resolution that you can access on any streaming service is 4K, which is twice as good as 1080p.

In order to stream in 4K HDR, remember that you’ll need a compatible device and a fast internet connection, and the content you want to watch needs to be available in that resolution with HDR.

Paramount Plus: Paramount Plus also allows you to stream videos in 4K. But you should keep in mind that some older TV shows and movies might not be available in 4K yet.

Which is Better Peacock or Paramount Plus?

Both Peacock and Paramount Plus are amazing streaming services. When it comes to shows, Peacock has a lot of notable shows like The Office, Brooklyn Nine Nine, and more.

If it is about price, Peacock has a free tier but you’ll need to face the annoying ads. Otherwise, price is something where there isn’t much difference. Both Paramount Plus and Peacock’s premium plans costs the same.

Peacock vs Paramount Plus: Comparison

Final words: Peacock vs Paramount Plus!

That’s it! Above is the complete comparison of Peacock vs Paramount Plus. Peacock has a wide range of free content, making it really appealing, but it lacks some recent movies.

However, it states that it’ll release a lot of new content soon. Besides, you can access both services at lesser prices when compared to other streaming services. So, what did you choose?

Well, if you still can’t make up your mind about what streaming service you should use, you may try both of them and then come to a decision.

Can you watch paramount plus on peacock?

No, but Peacock acquired the streaming rights to some of the Paramount Plus’s television series like Two and a Half Men, Yellowstone, George Lopez as well as The Matrix films.

What does Paramount Plus cost?

Is peacock the same as paramount plus?

No. Peacock is owned by NBCUniversal and Paramount Plus is a streaming service of Paramount (formerly known as CBS).

Is paramount plus on peacock?

No. Both Peacock and Paramount Plus are different streaming service and you’ll need to pay for them seperately.