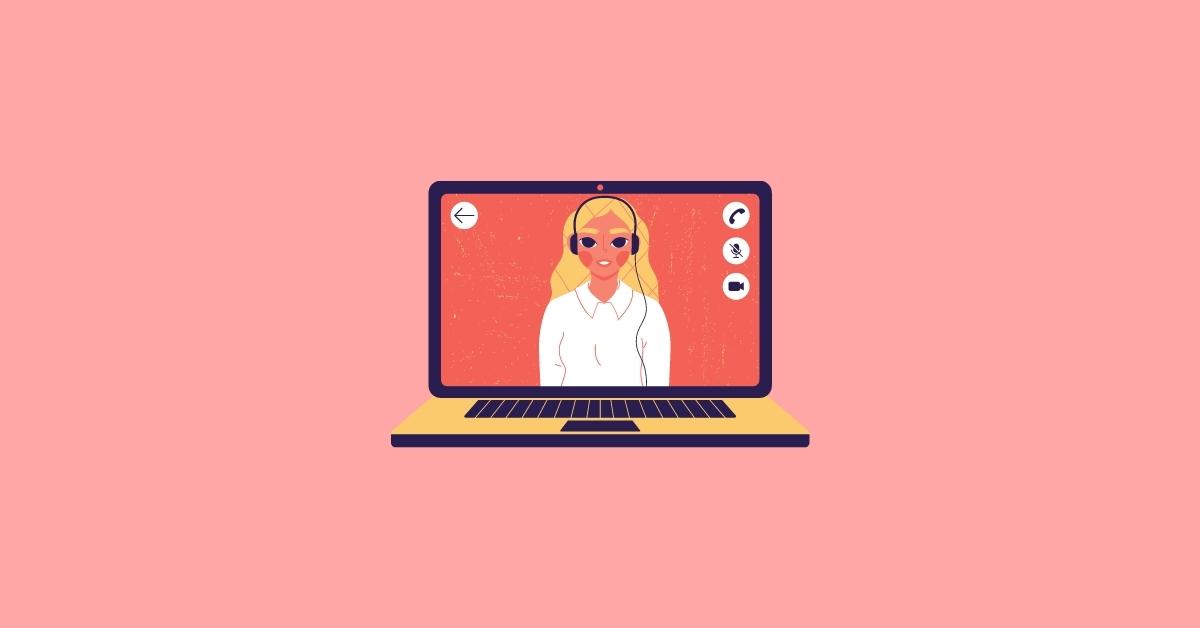 Paramount Plus vs HBO Max – Video streaming services have become popular these days and to survive the video streaming wars, a service should contain a wide range of shows and movies.

Paramount Plus and HBO Max are streaming services that offer movies, shows, and exclusive content. Paramount+ offers a unique combination of on-demand streaming shows and movies along with Live TV and sports.

Whereas, HBO Max includes an excellent mix of premium HBO shows, originals, and popular classic movies from the WarnerMedia brands.

Keep on reading to know how Paramount Plus vs HBO Mac compare and differ!

Paramount Plus vs HBO Max: What Are They?

Paramount Plus: Paramount Plus, formerly known as CBS All Access offers access to a wide range of TV shows and movies from The Godfather trilogy to Star Trek: Picard.

And also, over 50 original shows along with the 90s sitcom and many more. It is available in different languages, such as Spanish, Norwegian, Portuguese, Danish, English, Finnish, and Swedish.

HBO Max: HBO Max is a stand-alone streaming service that bundles all of HBO together with even more blockbuster movies, TV favorites, and exclusive MAX Originals for everyone.

It features first-run and library content from WarnerMedia’s various films and television properties. Besides, it also offers content from the Cartoon Network, Looney Tunes, Crunchyroll, Studio Ghibli, and more.

So, with limitless access to thousands of hours of entertainment, you can get everything for your family.

Paramount Plus vs HBO Max: What Do They Offer?

When it comes to content, you won’t be disappointed with both Paramount Plus and HBO Max. However, HBO Max surpasses Paramount+ in terms of original shows.

Check out the below guide for more information on the kind of content both the services offer.

Paramount Plus has divided its content into two types – on-demand and live. It offers a wide range of movies and shows from other networks under the parent company ViacomCBS.

That means you get some of the top Comedy Central hist, like The Daily Show with Trevor Noah, Chappelle’s Show, Detroiters, and more.

Not only that, but they also offer content from BET, MTV Shows, original series, and more. Therefore, it’s likely that it is licensing most of the shows.

Originals: Some of the popular originals that you might find on Paramount Plus include The Real World, Homecoming New York, Star Trek: Discovery, Star Trek: Picard, The Good Fight, Criminal Minds, Reno 911, Kamp Koral, and more.

Besides, the new and exclusive series for Paramount Plus comprises Guilty Party, Fraiser reboot, The Weekly Show with Trevor Noah, and The Game.

Moreover, all of CBS All Access’s original shows and movies are available on the Paramount+ service. Yet, some of these shows are released on a staggered schedule, so you might have to have a subscription for numerous months to watch a complete season.

Sports: Unlike most of the streaming services, Paramount+ has live TV inside it where it offers local CBS channels, CBS Sports HQ, and ET Live.

However, if you want more coverage of national sports leagues, you’ll need to pay for a live TV streaming service like YouTube TV or fubo TV.

HBO Max has an excellent selection of content that combines current and classic HBO shows, Max originals, and select movies and shows from other WarnerMedia brands.

Warner Bros streamed numerous films on HBO Max the same day they got released in the theatres. These include The Matrix Resurrections, Think Dune, Suicide Squad movie, Godzilla vs. Kong, and more.

Classic films include A Streetcar Names Desire, Gone With the Wind, Rebel Without a Cause, A Spacey Odyssey, Citizen Kane, The Wizard of Oz, Casablanca, and Pride and Prejudice.

As for the anime, it offers Kabaneri of the Iron Fortress, Rurouni Kenshin, Erased, Kill la Kill, In/Spectre, and Fullmetal Alchemist: Brotherhood.

Although it is a decent list, there are a lot of anime streaming apps that are entirely dedicated to anime.

The shows produced for HBO Max are called Max Originals and these are divided into three categories – Millennials & Gen Z, Kids & Family, and Adult.

Some of the popular titles of HBO Max originals include Big Little Lies, Chernobyl, Game of Thrones, Oz, Last Week Tonight, Curb Your Enthusiasm, Six Feet Under, and The Sapronas.

Other shows include Legendary – a dance and fashion game, Craftopia – a crafting competition shows for kids, a new collection of Bugs Bunny, Looney Tunes, Tweety Bird, and more.

Sports: Recently, there is a broadcast deal between Turner Sports and the NHL. Through this agreement, TBS and TNT have NHL broadcast rights for 72 regular-season games and select postseason series.

More importantly, the deal has extended its streaming rights to HBO Max as well. Yet, these rights aren’t in effect until the next NHL season.

Paramount Plus vs HBO Max: How They Stack Up!

Below is everything that you want to know about Paramount Plus and HBO Max;

HBO Max: It offers two plans to choose from;

Paramount Plus: Paramount platform is almost identical to CBS All Access and is quite easy to use. It has all the basic features that you might expect from a streaming service.

Its home page starts with the standard big banner of promoted content that appears around as well as horizontally scrolling sections of content categories like Recently Added Shows, Originals, Trending Shows & movies, On Now, and more.

Its settings are available through your profile icon in the upper right corner. And you get category buttons for its branded channels and even get a queue of previously viewed content.

Moreover, it also offers a short description in the upper left corner of what you are currently watching. You can also add any shows or movies to your watchlist called My List.

Further rows comprise family-friendly movies and shows, comedies, and mysteries. There are also rows for The Continues Fight for Civil Rights, LGBTQ+, the best movies on HBO Max, and more.

And a menu from the left side of the screen divides by genre and has categories for movies, series, originals, last chance, just added and coming soon.

What makes it annoying is that even though it gives details like when the new content is going to arrive for the Coming Soon shows, it doesn’t give dates for when shows and movies are leaving.

From your account settings, you can manage your account and billing details, see what devices are logged in with your credentials, and edit, switch or create new profiles.

Paramount Plus: You can easily download the Paramount Plus app on both iOS and Android devices. You can navigate the app through a bottom menu bar – Search, Home, Live TV, and many more.

The search section divides the catalog into TV shows and movies and through the home section, you can browse through featured content.

The Live TV section lists all of its live programmings. And through the More section, you can view your downloads. The app’s settings let you enable autoplay, set download quality preferences, and view how much space is available on your device.

You can also get a useful setting for automatically deleting the downloaded episodes once you’ve finished watching them.

HBO Max: You can easily download the HBO Max app on both iOS and Android devices. You can navigate the app through a bottom menu bar – Search, Home, and Profile.

The Search section suggests movies and series based on what you’ve already watched. However, you don’t have the option to quickly add them to the My List or download them from there.

The Home section displays feature shows and movies along with curated categories of content as you scroll down the page.

From the Profile section, you can create, manage, and switch viewing profiles. It also includes the My List feature, a Continue Watching list, and a list of the titles that you’ve downloaded for offline viewing.

You can download up to 30 episodes or movies at a time, and you get 30 days to start watching a movie or episodes and 48 hours to complete watching it after you begin playback.

Paramount Plus: Although Paramount Plus lets you stream videos in 4K from its launch, you should note that you’ll need a 4K TV to watch these videos.

HBO Max: Unlike Paramount+, HBO Max has launched without 4K streaming and HDR is also not available at this time.

However, streaming in 4K HDR is only available with the ad-free plan. And to stream in 4K HDR with Dolby Atmos audio, you need supported 4K HDR streaming devices, high speed internet, and Dolby Atmos-capable sound system.

So, you can only watch limited movies in 4K Ultra HDR, Dolby Vision, and HDR 10. These movies include 8-bit Christmas, In the Heights, The Matrix movie series, Reminiscence, The Little Things, Godzilla vs Kong, and a few other.

Paramount Plus: Paramount+ playback interface has all the standard features that you might expect from a streaming service.

Besides, you get 10-seconds to fast-forward and rewind buttons, volume controls, and a toggle for subtitles. It supports 1080/60fps live streams for large and owned-and-operated stations and 720/30fps for others.

HBO Max: HBO Max’s playback screen on the web is fairly standard. Most of the HBO Max’s content is available in 1080p, such as Judas and The Black Messiah, The Little Things,

However, the most annoying thing is that there is no way to choose a streaming resolution. And to watch 4K content, you need a supported media streaming device and a fast internet connection.

Summing Up: Paramount Plus vs HBO Max!

So, that’s everything about HBO Max vs Paramount Plus! Both Paramount Plus and HBO Max are incredible streaming services that offer on-demand content and charge monthly or yearly subscriptions.

What makes them different is that Paramount Plus provides the ability to view live TV channels along with its on-demand content. This is something HBO Max doesn’t offer.

Even though HBO Max does not offer any live streaming sports like Paramount+, it does offer several sports documentaries.

Not only that, but HBO Max also offers a largely acclaimed selection of shows and movies that will definitely satisfy your needs.

Hopefully, the above article has helped you to know everything about Paramount Plus and HBO Max.

Is Paramount Plus part of HBO Max?

No. Paramount Plus is the new streaming service that competes with HBO Max, Netflix, Amazon Prime Video, and Disney Plus.

What does Paramount Plus include?

With Paramount Plus, you can access over 30,000 episodes and movies from CBS, MTV, BET, Comedy Central, Nickelodeon, and The Smithsonian Channel.

How much is HBO Max per month?

Does HBO Max have a 7-day free trial?

Most HBO Max providers no longer offer a free trial to new subscribers. If a subscription or promotional offer includes a free trial, you’ll see mention of the free trial when you sign up.