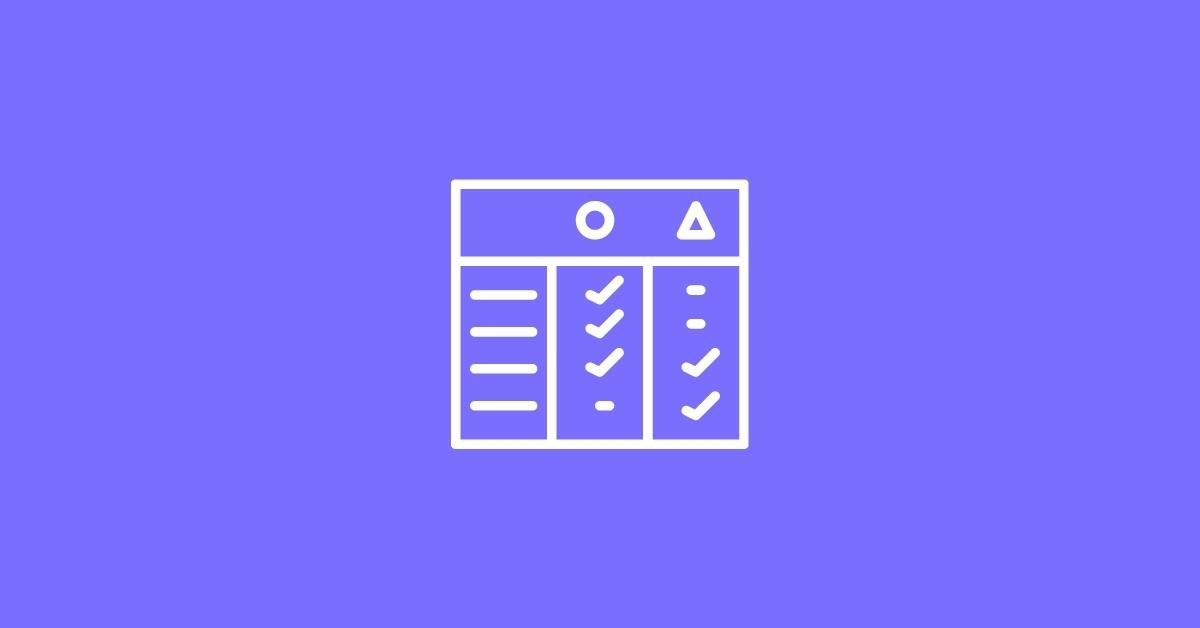 HBO Max is an on-demand streaming service that comprises all of HBO together. While YouTube TV is a replacement for the traditional cable services that offer Live TV channels and more.

The basic YouTube TV costs $64.99 a month and consists of CBS, FOX, ABC, NBC, and more. Besides, it also lets you subscribe to numerous add-on packages.

Keep on reading to know about the detailed explanation on YouTube TV vs HBO Max!

Enjoy local and national live sports, breaking news, and must-see shows the moment they air. And it includes unlimited cloud DVR storage space, so you can record your favorites, and stream them wherever you go.

You also get 6 accounts per household, so share with your family members or roommates. Yet, it only allows up to three simultaneous streams.

HBO Max: HBO Max is an American subscription-based video on demand service that principally serves as a content hub for WarnerMedia’s various films and television shows.

Besides, it also offers content from the Cartoon Network, Looney Tunes, Crunchyroll, Studio Ghibli, and more. So, with limitless access to thousands of hours of entertainment, you can get everything for your family.

It allows set up to five separate viewer profile with individual preferences and even color-coding. And the ad-free service lets downloads for offline mobile vieweing.

YouTube TV vs HBO Max: What Do They Offer?

Here is a detailed guide on what YouTube TV and HBO Max offer;

The YouTube TV’s base plan comprises over 85 live TV channels, which depends on your location, all you need to do is to enter your Zip code and find out what channels you can access.

Furthermore, you can also choose from a variety of channel add-ons to view more entertainment options. What makes it more exciting that many add-ons even offer a free trial. That means you can test services like HBO Max for a week or so.

Since keeping track of every channel and package can be quite difficult, check out the table below where we made it easier for you to view your options.

HBO Max has an outstanding selection of content that combines current and classic HBO shows, Max originals, and select movies and shows from other WarnerMedia brands.

Both the ad-free and ad-supported subscription offers over 10,000 hours of iconic shows and movies. Yet, it mainly focuses on the development of the original content.

Warner Bros streamed numerous films on HBO Max the same day they got released in the theaters. These include The Matrix Resurrections, Think Dune, Suicide Squad movie, Godzilla vs. Kong, and more.

The library of movies on HBO Max is one of its best features. Classic films include A Streetcar Names Desire, Rebel Without a Cause, Citizen Kane, Gone With the Wind, The Wizard of Oz, A Spacey Odyssey, Casablanca, and Pride and Prejudice.

As for the anime, it offers Kabaneri of the Iron Fortress, Rurouni Kenshin, Erased, Kill la Kill, In/Spectre, and Fullmetal Alchemist: Brotherhood.

Although it is a decent list, there are a lot of anime streaming apps that are entirely dedicated to anime.

The shows produced for HBO Max are called Max Originals and these are divided into three categories – Millennials & Gen Z, Kids & Family, and Adult.

Some of the popular titles of HBO Max originals include Game of Thrones, Chernobyl, Last Week Tonight, The Flight Attendant, Oz, Big Little Lies, Curb Your Enthusiasm, Six Feet Under, and The Sapronas.

Other shows include Legendary – a dance and fashion game, Craftopia – a crafting competition shows for kids, a new collection of Bugs Bunny, Looney Tunes, Tweety Bird, and more.

Sports: Recently, there is a broadcast deal between Turner Sports and the NHL. Through this agreement, TBS and TNT have NHL broadcast rights for 72 regular-season games and select postseason series.

More importantly, the deal has extended its streaming rights to HBO Max as well. Yet, these rights aren’t in effect until the next NHL season.

While YouTube TV is fully-featured, initially, it used to be one of the most expensive services, but now another popular streaming service – Hulu + Live TV, also charges the same.

Even if other TV services like Sling TV or Philo are available at lesser prices, their channel line-ups are limited and offer less content.

HBO Max: It offers two plans to choose from;

You can also stream YouTube TV to your smart TV by using Google Chromecast, Android TV, Google Smart Displays, or AirPlay for Apple TV. Or watch directly on the web at tv.youtube.com/

HBO Max: You can watch HBO Max on any supported device. You can download HBO Max on your iPhone, iPad, iPod Touch, Android phones & tablets, Amazon Fire tablets, and on the web.

If you don’t have any compatible TVs, you can also stream on your TV Chromecast, AirPlay, and HDMI cable.

Depending on your watching habits and the content that is present in your DVR, it takes you to the home screen where it offers Top Picks.

Access its search tool for finding content to watch for a certain channel or genre from the top right corner. And through the settings panel, it let you manage subscription details, subscriptions to add-on channels, and billing information.

The Home section is where you can view the content that you want to watch. Beyond the Home Screen, you primarily get two top-level tabs –Library and Live.

Through the library section, you can access everything you’ve recorded, scheduled recordings, and all other recordings, which you can sort by recentness, content type, alphabetically, and popularity.

From the Live section, scroll down the list of available channels to view what is currently playing. If you want to watch something, you can simply click on the live preview.

HBO Max: HBO Max has a very clean and easy interface. The menu on the left side of the home screen comprises seen promoted shows and movies. You can view more promotional content below the My List and Continue Watching sections.

Further rows comprise family-friendly movies and shows, comedies, and mysteries. There are also rows for The Continues Fight for Civil Rights, LGBTQ+, the best movies on HBO Max, and more.

A menu from the left side of the screen divides by genre and has categories for movies, series, originals, last chance, just added and coming soon.

What makes it annoying is that even though it gives details like when the new content is going to arrive for the Coming Soon shows, it doesn’t give dates for when shows and movies are leaving.

From your account settings, you can manage your account and billing details, see what devices are logged in with your credentials, and edit, switch or create new profiles.

YouTube TV: YouTube TV has debuted numerous 4K streams for NBC and the Golf Channel. Though it costs $19.99 per month extra, don’t worry, it’ll be discounting the first year of payments and offer its services at just $9.99 a month.

HBO Max: Streaming in 4K HDR is only available with the ad-free plan. And to stream in 4K HDR with Dolby Atmos audio, you need the supported 4K HDR streaming devices, high speed internet, and a Dolby Atmos-capable sound system.

However, you can only watch limited movies in 4K Ultra HDR, Dolby Vision, and HDR 10. These movies include 8-bit Christmas, In the Heights, The Matrix movie series, Reminiscence, The Little Things, Godzilla vs Kong, and a few others.

YouTube TV: With YouTube TV, you can stream live channels in 1080p/60fps as well as get support for Dolby 5.1 sound on selected devices.

And with the YouTube TV’s 4K Plus add-on, you can watch major sports events and live content from ESPN and NBC.

However, the streaming resolution will depend on the source. For instance, as the football game is broadcasted by Fox Sports, it is limited to 720p/60fps.

Well, because YouTube TV is a substitute for the traditional cable service, you’ll still get to see the same ads. Though, one of the major advantages of YouTube is that its DVR functionality lets you fast-forward ads in your recordings.

HBO Max: HBO Max’s playback screen on the web is fairly standard. Most of HBO Max’s content is available in 1080p, and it features a great layout.

You also get a 15-second rewind button and closed caption options. Nonetheless, there is no option to choose a streaming resolution, which is quite annoying.

At the bottom of the Home Screen, you’ll see HBO Max Hubs for different types of content and there is also a separate navigation menu on the left side of the screen.

You can add both HBO Max and HBO to your YouTube TV membership and stream all of its content using the HBO Max app.

You also get the option to sign up for a YouTube TV package – Entertainment Plus ($29.99 a month), which offers a combination of HBO Max, SHOWTIME, and STARZ.

Note that you can’t enjoy a free trial for Entertainment Plus. But you can sign up individually to try them separately before subscribing to the bundle.

What Is The Difference Between HBO Max and HBO?

One of the main differences between HBO Max and HBO is what you can stream. Check out below;

Final Words: So, that’s everything about YouTube TV vs HBO Max! Apart from signing up for HBO Max from its official site, you can also subscribe to it on your YouTube TV.

Only HBO Max costs $15 a month on YouTube TV. However, YouTube TV’s Entertainment Plus package costs $30 a month, which comprises SHOWTIME, HBO Max, and Starz.
If you want to subscribe to SHOWTIME and Starz individually, they cost $11 and $9 respectively. So, the Entertainment Plus package makes sense because it only costs $30 a month, and when you subscribe to these services separately, the cost roundup to $35.

No. Even though YouTube TV lets users add HBO Max to their live TV streaming package, it doesn’t allow subscribers to add an existing subscription to the Live TV service.

Yes. YouTube TV offers 4K streaming for selected on-demand and live service. It also includes offline viewing and unlimited simultaneous streams. However, it costs an extra $10 a month for the first year.