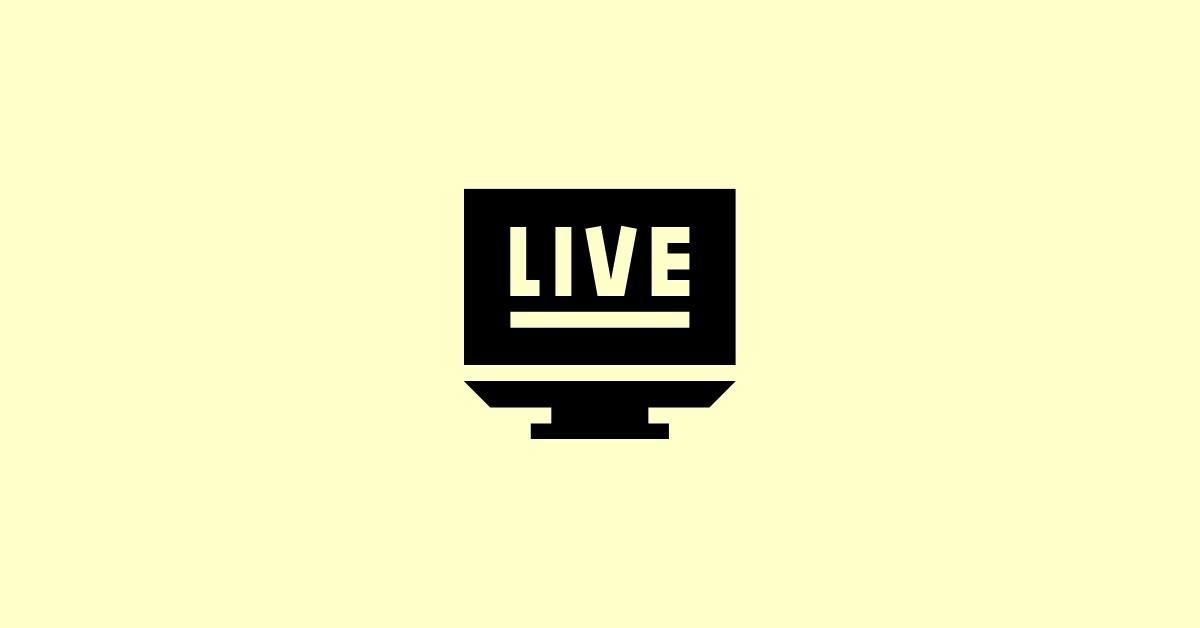 Fubo TV vs ESPN+ – When you decide to cut the cord and free yourself from the restrictions of a monthly subscription, it seems really easy to find yourself getting into the world of on-demand online content.

However, that doesn’t mean you cannot watch live sports, news, or prime-time shows. This means a video streaming service can enhance your cable TV experience.

FuboTV offers a lot of news, sports, and entertainment channels as well as reliable performance and easy to use DVR capabilities.

Its main strength is that it offers major sports and leagues at the international, national, and local levels. Whereas, ESPN+ is a new streaming service that gives cord cutters an incredible way to watch their favorite live sports for a cheaper price.

So, in this article, we’ll be talking about Fubo TV and ESPN+ and see how they compare!

Fubo TV: fubo TV is an American streaming TV service that is available in the United States, Spain, and Canada and mainly focuses on channels that distribute live sports.

Based on the country, channels that fubo TV offers include access to NFL, NBA, CPL, EPL, MLB, MLS, and other international soccer, TV series, movies, and news.

For the US users, there are various service options with different channel lineups, such as over 100 channels, the base package, and add-on packages (Extra, Sports Plus, Portuguese Plus, and Latino Plus).

Initially, similar to that of ESPN3, it mainly focuses on overflow content. Now, some of ESPN3’s content has moved to ESPN+ and it has since been incorporated more extensively into ESPN’s media.

Fubo TV vs ESPN+: Does FuboTV have ESPN Plus?

In 2021, a lot of people have said that they have received emails from fuboTV, saying that it’ll proactively credit your account $6.99 a month to cover the cost of ESPN+. So, finally, you can watch every LaLiga match.

For football fans in America, this is a great news because it became nearly impossible to find beIN Sports (to which LaLiga was formerly sold its rights) on a basic cable subscription.

Fubo TV vs ESPN+: How They Stack Up!

Here is everything that you want to know about fuboTV and ESPN+;

Fubo TV: It offers four different pricing plans, which are as follows;

It also offers a lot of Premium and Channel add-ons packages. Here is the list of add-ons that you can access through fubo TV;

Its channel add-ons include

Fubo TV: You can fuboTV on several platforms, such as computer browsers, streaming devices, mobile devices, Smart TVs, tablets, and many more.

You can visit here for more information on the fuboTV’s supported devices the requirements.

Fubo TV: Fubo TV’s channel lineup is huge, and it is the biggest among other high-priced streaming services. It comprises almost every local network and top cable brand.

A new deal with Disney has added some key sports channels including SEC Network, ESPN, ESPN2, and ACC Network. Previously, its lack of an ESPN channel had a major issue, but fortunately, you can now watch its live sports.

Moreover, based on your location, you might have access to some RSNs, which serve certain geographic regions with live sports coverage.

One of the major drawbacks of fubo TV is that it doesn’t offer original programming, which its competitors like Hulu with Live TV and YouTube TV have.

Besides, it is still subjected to the same restrictions and blackouts as cable and other streaming services. So, as a consumer, you might not be able to watch games that are for a certain region.

ESPN+: With ESPN Plus, you’ll get exclusive content like Draft Academy, which is a behind-the-scenes look at some of the top players who may be selected in the upcoming NFL draft.

The main breakdown of its content areas is ESPN+ Originals, Live Sports, and ESPN Shows. Out of the popular national sports leagues in the US, it offers live MLB and NHL games as well as complete replays of many games.

Unlike fuboTV, it has original programming and documentaries, such as 30 for 30 franchises, a nightly hockey highlight show – a Kobe Bryant hosted a show about basketball, and the roundtable soccer program – ESPN FC that has shifted from local cable service to ESPN Plus.

Additionally, you get access to an on-demand library of past ESPN programs and documentaries. And you also get a daily Major League Baseball game. If you want more, you can track on MLB.TV to ESPN Plus for an additional $24.99 a month.

If you are a soccer fan, ESPN Plus is especially for you because it is offering the MLS Live service that has Major League Soccer games. This means that you can watch over 250 soccer matches.

It even promises to feature 20 PGA tour events, live boxing, and Grand Slam tennis. And you can also expect college sports like volleyball, swimming, softball, and track which usually don’t always get the limelight on traditional cable.

Fubo TV: Its interface is very clean and well-designed. The top menu is mainly organized into six sections – Shows, Guide, Home, Sports, and Recordings. On the mobile phone’s app interface, both movies and shows sections are combined and visible as Entertainment.

And the home tab is divided into sections like 4K on demand, Live TV, Popular Movies, Popular Shows, and Live Sports. From the sports tab, you can access all the games which air that day or will air in the future.

It primarily shows a couple of events at the top with a choice to record them to DVR Storage and all the sports categories appear at the top that you can filter depending on the associated leagues.

The Recordings tab is where you get all the recorded shows and movies and a marker for how much you have used the Cloud DVR space. You also get the search bar to search by team, channel, title, or league.

And the Guide tab has a vertical list of networks and horizontal times. These networks are not in alphabetical order, so you don’t have to scroll all the way down for your favorite channel. Besides, you can also favorite channels which let you easily access them as they will be at the top of the Guide.

ESPN+: You can easily use ESPN+ on your device because it has an easy and simple interface. You can navigate through different sections – Originals, Schedules & Replays, Features, Articles, and Browse.

The Originals section is where you only get exclusive shows and in the Features section, you can view some top live and upcoming events that will air on ESPN+.

From the Browse section, you can filter the content by league, show, sport, or conference. So, we can say that everything you see in the browse section is available in this service.

Some live events and shows need you to authenticate with your video streaming or cable service account. And a golden badge in the upper left corner of every show’s thumbnail identifies things that are available on ESPN+.

Besides, a show’s details page consists of the year, brief description, runtime, and director. It also lists titles you like; however, those recommendations are not according to your taste.

Fubo TV: Besides the standard playback controls, you get a 15-second fast-forward and rewind option, a button for resuming live playback, staring playback from the start, a closed caption toggle, starting a DVR recording, and the ability to select the playback resolution.

You also get an option to add a channel to your favorites list and a switch to a mini-player. And similar to the web browser, the mobile playback screen also consists of the same features except for the mini player or a Picture-in-Picture mode and a favorite button.

What makes it disappointing is that most of its live channel’s streams are limited to 720p resolution, whereas its competitors offer channels in 1080p resolution.

However, fuboTV is one of those streaming services that broadcast live streams in 4K on selected platforms. To put it another way, in order to stream 4K content, you must have a device that supports this resolution and your internet speed should also be at least 25Mbps.

It supports three concurrent streams by default, which you can upgrade it to unlimited screens that limit up to 10 simultaneous streams.

ESPN+: Besides the standard playback controls and volume controls, you get 10 seconds fast-forward and rewind buttons, a toggle for the closed captions, and a go-to-live button.

You can be able to personalize the captions directly from the playback screen, and it even allows you to start back to the beginning of an event irrespective of when you tune in.

One of the advantage the mobile app has and the web browser doesn’t have is that on select sporting events, you get to view a scorecard of the event in the minimized playback screen.

It supports up to three concurrent streams for a single account, which is similar to the standard fuboTV’s. However, earlier ESPN+ used to support five simultaneous streams, so this is a downside.

Moreover, one of its major downsides is that it doesn’t offer DVR capabilities, whereas fuboTV has 250 hours of DVR ability. So, for sports streaming services, not having a DVR capability is a huge deal.

Summing Up: Fubo TV vs ESPN+

Both fuboTV and ESPN+ can be the best choice for those who want to get rid of the traditional cable services. Fubo TV used to be one of the most expensive streaming services but now, its competitors also cost the same.

Although you don’t have a cable subscription and want to watch live sports without paying for expensive live TV services, ESPN+ can be a perfect choice, but it doesn’t provide any live coverage of NFL and NBA games.

Whereas, fuboTV can be a perfect choice if you want to watch shows and movies apart from sports. However, fuboTV is mainly dedicated to offering live sports for every user.

So, it is up to you to decide which streaming service you would like to use and what can be ideal for your budget!