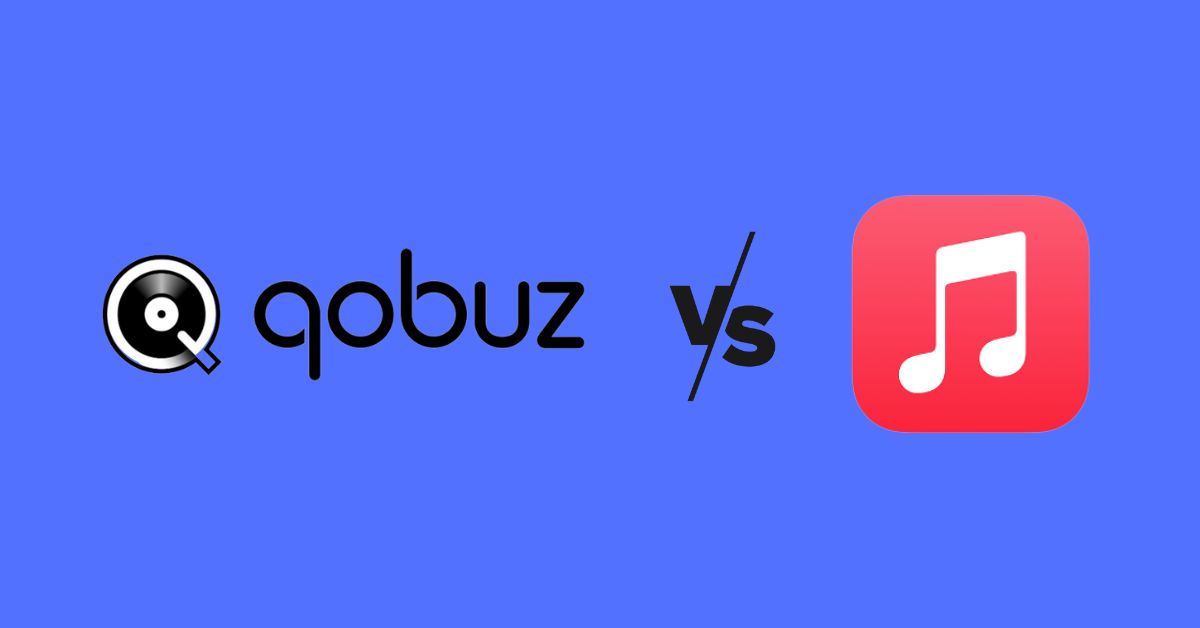 Qobuz vs Apple Music, both are well-known streaming service providers but since both have good features, benefits, and style of serving, users are confused and anticipated to know – which among Qobuz and Apple Music is a better music streaming service.

Similarly, do you wish to know which among the aforementioned service providers is a better option for you? If yes, then we are happy to inform you that the Qobuz vs Apple Music comparison article mentioned below is perfect to answer your -: Which is the Better Music Streaming Service? question.

Qobuz is known to be one of the leading music streaming and downloading service providers globally where you can stream various types of songs and tracks for all occasions like parties, festivals, weddings, etc.

With Qobuz, you can listen to high-quality music and get multiple benefits like unlimited streaming, brand new album and track updates by your favorite artist. Furthermore, you get to explore worldwide famous sounds and music in 24-bit-high resolution downloads and get access to over 90 million tracks.

Apple Music is an audio, music, and video streaming service provider and one of the top music streaming providers globally. You can select music on different devices on-demand, create a playlist or listen to an existing playlist by other users too.

With Apple Music you can listen to your favorite songs from your favorite artists and stream music and lossless audio while downloading songs and playing them offline. Since, Apple Music is a home for almost all types of music genres and categories, it includes rock, pop, indie, K-pop, Hollywood beats, Bollywood mixes, and much more.

Qobuz vs Apple Music: Starting and Signing Up

Get started with Qobuz by creating an account, where you’ll be asked information like your email, phone number, password, etc and then it’ll give you a variety of genres to select the type of music you are interested in.

Only after you have successfully signed up or logged in to the app, you can opt for a free trial or directly choose subscription plans.

Usually, Apple Music is already downloaded on your iPhone or iPad after buying it. In case you uninstalled it for some reason, you can install it back from the App Store. And since the device you’re using has an Apple ID logged in, it’ll automatically sync with the Apple Music app.

After you open the Apple Music app, you’ll view subscription plans and free trial directly without needing to log in. And the best thing is that the same Apple ID is used in some other device, you’ll get all your customized playlists, downloads, etc in that device too without logging or signing in.

Since Apple Music is automatically connected with your Apple ID after installation and login, maybe that is the reason why we think it has an upper hand over Qobuz – where although the signup process is not hard, you still need to take a few minutes out of your time and create an account and go through all the process from start to end.

Qobuz vs Apple Music: Layout and Ease of Use

Qobuz has an easy user interface. As soon as you open the app, based on your recent searches, you will get the headlines like new releases, recommended songs, and podcasts along with the volume bar, audio quality icon, and settings icon to the right-hand side corner.

Apple Music has a very simple user interface. Its layout is designed to make music streaming and downloading a simple yet interesting experience for users.

That is why, as soon as you open the app you will have everything you need. You can see the settings icon to the left side, the search bar to search for tracklist, artist, podcast, and in top-middle space, the recently searched tracks or artist on the main screen.

Also, you can switch from the recently searched songs to your private library with just one tap on the main screen and you will get all your playlists.

Comparing Qobuz’s layout and the outlook of its color combination, app designs, etc with Apple Music app, we think Apple Music has an upper hand due to its combination of colors, although both apps are easy to use.

Winner: Apple Music for both and Qobuz only for ease of use.

Like any other music streaming provider, Qobuz offers you the headlines including new releases from artists you follow or like, a playlist you might like based on your searches and the ability to change your preferred genres whenever you want to start listening to different music.

However, at times, Qobuz just adds up songs from its own side even though those songs are nowhere near the type of songs you listen to.

On Apple Music’s homepage, you will see headlines like ‘top picks’ which will contain collaborations, tracklists, and albums from the artist you usually hear songs from. But along with that, it’ll also suggest other tracks of artists you follow making it a bit easier to find new music on this app.

Like Qobuz, it allows you to change your genre preference whenever you want and you can just replace some genres or add more to listen to new songs and new artists.

Qobuz does an average job of helping you explore new music and so does Apple Music, but since Qobuz has that one drawback of adding random songs in its recommended playlists, it loses this category too.

Unfortunately, Qobuz does not support the music video facility and you can only stream music.

Apple Music has video screens for a selected yet good variety of trending music videos and video playlists. They are also available for browsing but you can only play them if you are an Apple Music app subscriber.

Qobuz, as stated by thousands of users, is one of the best options if you are concerned about the audio quality of your music service provider. Although it may have lost in other categories, it still deserves a win for its high-resolution audio quality.

Apple Music is known to offer clear, distortion-free music,. The better device you’re using to listen, the more the quality will increase – giving you a good time listening to your favourite track.

Apple Music is also one of the best options for audio quality but since the recent update, Qobuz is powerful and it seems that it has overpowered Apple Music with its good-quality audio service.

Qobuz is compatible with a good variety of hardware and system to stream music and the majority of them are mentioned below:

Since Apple Music is an exclusive app from Apple, it can only be used on Apple devices including Apple Watch, iPad, iPhone, etc.

As Qobuz is compatible with way more hardware systems than Apple Music, it has to win this section proudly.

Qobuz has two types of subscription plans called studio and subline, both coming in solo, duo, and family types of plans.

For updated pricing and plans, you can always visit Qobuz’s pricing page here. As for the free trial, it has a 30-day free trial available before you will be charged with your chosen subscription plan.

Apple Music here has 3 subscription plans to offer and they are listed below with the required details:

As for the free trial, it offers a 30-day free trial before you will be charged for your chosen subscription plan automatically.

What’s the Difference between Qobuz and Apple Music?

Qobuz vs Apple Music: Which is Better?

Starting with the login, Apple Music is better because you don’t need to create and go through the login and sign-in process from the start, and right after you open the app, you will be able to start streaming unless you have not yet opted for the free trial or subscription plan.

Secondly, Apple Music’s layout is a bit better and more appealing because of its color combination.

Now talking about the platform where you can find new music easily, Apple Music is the better option for obvious reasons as already stated above and it also has video screens for a selected category of music whereas Qobuz does not support the music video feature at all.

However, Qobuz has overpowered Apple Music twice because of its high-resolution audio quality and it’s compatible with a big variety of hardware systems, whereas you can only use Apple Music on Apple devices.

With all the comparisons between Qobuz vs Apple Music, we have concluded that Apple Music is a better choice but if you are strict about the audio quality, then you should give Qobuz a try before trying Apple Music.

Is Apple Music Lossless as good as Qobuz?

No, although Apple has a good Lossless service, it still is overpowered by Qobuz and its good quality of lossless audio.

What’s the difference between Qobuz and Apple Music?

There is a good set of differences between Qobuz and Apple Music – Apple Music supports music videos, at least for a selected category and genre whereas Qobuz does not do the same. But you can access Qobuz on a good variety of devices while the Apple Music is only compatible with Apple devices.