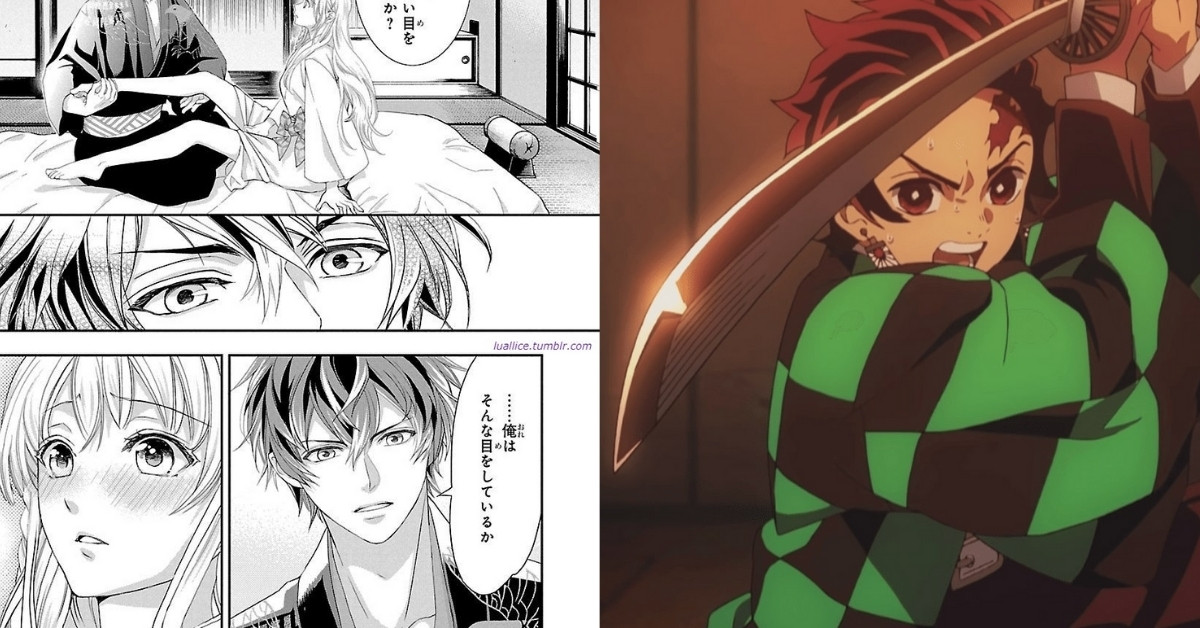 Manga vs Anime? – Anime and Manga are Japanese storytelling media that convey rich stories containing dynamic characters and vibrant settings which are enjoyable for both adults and children. Well, not only in Japan, these have become immensely popular in the English-speaking world too.

You might be wondering what is the difference between anime and manga. Well, let me tell you, you are not alone. In this article, I’ll show you a brief Manga and Anime comparison which will help you to know all similarities and differences.

Even though they both are closely related as they have same visual styles, originated in Japan, there are few essential differences between them. The confusion between Manga and Anime usually arises as they often have the same story.

So, I can say that its terminology can vary depending on whether the person you are talking is a Westerner or a Japanese person. Check out the guide below for more information on Manga vs Anime comparison.

Manga vs Anime: What are they?

Even though the general definition if just Japanese Manga & Animation, these words have gained a lot of social and other types of connotations. In order to completely understand these terms, check out the below information of Manga vs Anime.

Manga is the Japanese version of graphic novels and comic books. It consists of detailed and improved facial features with a clear and bright color combination. Unlike anime, it is mostly black and white. Basically, the word “Manga” came from man- which means aimless, and -ga means pictures. So, it means aimless pictures.

Unlike the usual superhero comics like D.C. Comics or Marvel Comics, Manga is written by several writers and editorial boards. There are tens of thousands of more manga when compared to anime as it is so easy and simple to create. Sometimes, Manga is in webtoon format, which it’s more spread out and has color but isn’t animated.

Anime are Japanese animated cartoon videos that air on television or are released directly to home video. This scrupulous style and form of animation was typically originated in Japan which is characterized by its clear imagination and bright color usage. Producing an anime is a huge task, and needs the work of an animation studio with a great number of people.

The story behind the word anime has an interesting story: the Japanese animeshiyon is a borrowed word from English word “Animation.” The English took it back and modified it. Like this, this modified version of animation became the basis of many famous TV shows and movies which enthuses people to know more about anime.

The thematic elements of fiction with a combination of science and fantasy have given this style its exclusive look and feel.

Since we have taken as overview regarding what is manga and anime. Now, it’s time to understand their similarities and differences.

Many newcomers think that anime has better visual than that of manga. Nonetheless, this is still mostly particular as both manga and anime are based on different visual styles. Also, these visual styles can be extremely impactful, depending on how they are applied.

Manga features hand-drawing and still pictures with black and white. Basically, it has better details on character and background.

Anime on the other hand depends on animated scenes with complete colored characters, settings and special effects. It has a tendency to have simpler characters and background design when compared to Manga.

Anime and Manga depend on entirely different methods of delivering the story. Hence, comparing them in means of story deliverance can be quite hard.

Manga: Depends on hand drawing pictures to depict the story and illustrate the characters. It can highlight certain characters, events with attentive details which makes the reader to involve deep into creative world of the creator.

Anime: Depends on animated scenes to depict the story and illustrate the characters. It has the ability to bring characters to life with amazing voice acting and colored visual, as well as visual, background music, sound effects and other imaginative techniques.

Manga: As the authors have complete control over their manga, they can be able to tell their story as they want. However, if the manga don’t receive good response, it’ll be obligated to end quickly.

Anime: On the basis of anime adaption, you can see that the story is often modified because of the time limit. Some anime has only 10-12 episodes, whereas other anime like Naruto and one piece has several fillers to increase the original story.

To efficiently comprehend the differences between manga vs anime, you can remember the following trick:

Many manga can never be transformed to an anime series. However, several manga aid as a basis for anime. So, if we simply this, we can say that anime is mostly, but not always is the animated form of manga.

Manga and anime are character-focused where characters have determinations to accomplish in life which plays a huge role in their life and stories typically revolve around that.

Both Manga and Anime are absolutely amazing. These Japanese entertainments are popular across the world, featuring several incredible manga and anime, including Death Note, Attack on Titan, Fullmetal Alchemist, Your Nam and much more.

At first, you may find that both manga and anime are supposed to be in equal. Nevertheless, there are few differences. So, is it Manga or Anime? If you ask me, I would like to mention that manga is the best choice for people who don’t mind waiting for a long time for the anime adaption of their favorite manga. I hope the above article has helped you to give an easy Manga vs Anime comparison.

Is anime or manga better?

Both Manga and Anime are absolutely amazing. Anime and Manga depend on entirely different methods of delivering the story. Hence, comparing them can be quite hard.

Which is more popular anime or manga?

Anime is probably more popular than manga, simply because of it is more available and much flashier than a manga can be. However, true fans of manga/anime, they are both equal.

Is it better to read manga before anime?

Why is anime so popular?

One of the main reasons why anime is so popular is because of its exclusive capability to grow with the viewers. Also, the thematic elements of fiction with a combination of science and fantasy have given this style its exclusive look and feel.

Discloure: ViralTalky is supported by its audience, when you buy through links on our site, we may earn a small commission.
Contents hide
1 Manga vs Anime: What are they?
1.1 Manga
1.2 Anime
1.3 Manga vs Anime: Comparison
1.4 Visual
1.5 Content
1.6 The Bottom Line
1.7 FAQs
1.8 Is anime or manga better?
1.9 Which is more popular anime or manga?
1.10 Is it better to read manga before anime?
1.11 Why is anime so popular?