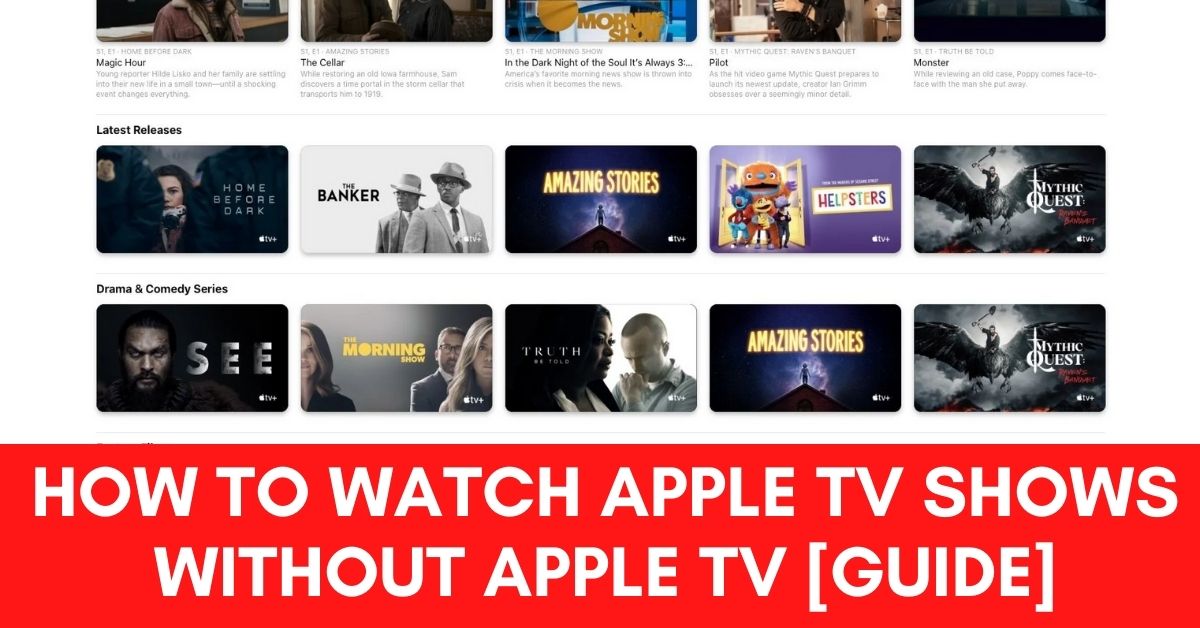 Apple TV is a software developed by Apple to watch movies and Television shows which is delivered by Apple to consumer electronic devices. It can stream content from the iTunes Store. Not only that, it can also index and access content from linked apps of other video on demand services on iPads, iPhones, and iPod Touches.

How to Watch Apple TV Shows Without Apple TV ?

Apple TV+ is an on-demand video streaming service that is designed by Apple. It is compatible with macOS, Android, Windows and Chrome OS. Apple TV+ content can be accessible via Apple TV’s app or through Apple’s website which has made it major competing streaming devices.

Now, scroll from the top to end for all the accessible TV shows and choose the show you’d like to watch. You can be able to rent or buy your favorite TV shows just like the way you have always done for iTunes store.

Conclusion: so, as mentioned above, you don’t really require Apple Tv to watch Apple Tv shows. I hope the above article has helped you to provide the easiest way on how to watch Apple TV shows without Apple TV.

Can I watch Apple TV on my TV?

Yes, you can be able to watch Apple TV on any compatible smart TV, gaming consoles, or any other streaming devices like Roku or Amazon Fire TV.
Go to your device’s app store -> download Apple TV app. Now, open the app and select start watching.

Can you watch Apple TV on browser?

Yes, Apple offers web access to Apple TV+ content for subscribers at tv.apple.com. So, you can be able to watch Apple TV shows on your iOS, Android and Mac devices by without really using the Apple TV app.

How do I stream my iPhone to my TV using Apple TV?

Do you need an Apple TV for Apple TV?

No, you don’t really need an Apple TV to watch Apple TV shows or movies.

What is the point of an Apple TV?

Basically, Apple TV is a small box which connects to your TV through HDMI port. It provides you access to watch streaming services from the internet directly on your TV. Also, it allows you to Mirror the screen from your device.