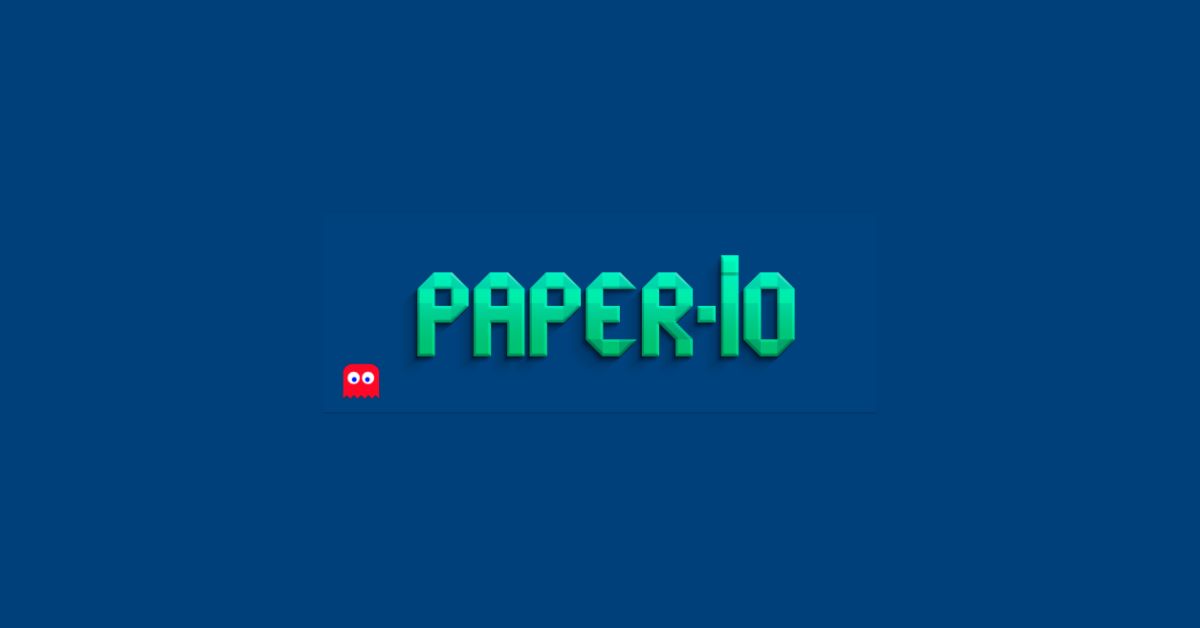 Paper.io is a popular game that has received a powerful response from players. It is a game that helps you develop certain skills and master them while having fun.

Paper.io is an online game series. The main and first game in the series asks players to capture the new territories in their vision and become the king of the map. The more space the player wins, the higher ranking and scores he’ll get.

The game is available on the Google Play Store, poki.com, App Store, crazygames.com, and app.sensortower.com. It is compatible with web browsers, iOS, and Android devices.

Although Paper.io is a good game, playing one game for days can make the player bored even if he or she is making progress and winning frequently.

To help you get your mind on other games like Paper.io, which are multiplayer and allow you to play against other real humans, we have mentioned a list of the best Paper.io alternatives in the article below.

Hexanaut.io is a popular snake game like Paper.io where the player has to capture all the hexagons in closing territories. The main goal of the game is to become the king of the map by capturing everyone’s territory and staying alive till the end.

Players can use and receive extra powers by confiscating totems. You can either wait for time out if you are scared to go on the battlefield or rather be brave and kill all your enemies.

It is available on crazygames.com and coolmathgames.com where it has received a good response.

One of the tips to win in the game is that you have to be careful enough to not cut your own line while saving it from other players.

Slither.io is a popular internet-based video game published by Lowtech Studios. It is your common smash hit game where you’ll be meeting with millions of players from across the world.

The main goal of the game is to survive throughout the game and not lose till the end. Whoever holds their lives till the last and for the longest in a day will be the winner.

You’ll get to play against other people who are online at the same time without knowing their identity. And you have to make sure your head does not touch other players or you’ll explode and the game will be over for you.

It is available for download from the Google Play Store, App Store, and crazygames.com where it has received a good and satisfactory response from the players.

Action game and massively multiplayer online game are the only main genres of this game.

Agar.io is one of the popular and massively multiplayer internet-based video games published by Miniclip. The main goal of the players is to acquire and control circular cells from other players on the map to win.

In the game, players get to control a circular cell. To win, they have to last long while saving their own cell body and acquiring other people’s cells to grow in size. The one to stay the longest and with the biggest body will be the winner of the game.

It is one of the best games like Paper.io because it allows you to eat other people and grow in size. Along with that, the speed of your actions will be increased automatically too. Action game and casual game are the only main genres of this game.

It is available for installation on the Google play store, App Store, kizi.com, and gameforge.com and has received excellent ratings only on the App Store. It is free to install from all platforms but contains ads and in-app purchases.

The main goal of the game is to control a hole and with the help of it, eat everything you see in the vision. The one to last longest and have eaten the most will be the winner.

In the game, players will be challenging thousands of players in a fierce battle. And they will be given a black hole to control with a colored border that will move around maps of farms, Vikings, or cities. All the players have to do is control the hole and eat everything they can.

The game is available for installation on kevin.games, now.gg, crazygames.com, poki.com, Google play store, and App Store. On all the aforementioned platforms, the game has done an outstanding job and has received excellent feedback from the players.

It is one of the best Paper.io alternatives. Arcade game is the only main genre of this game.

Splix.io is a popular game published by Jesper The End. The main goal of the game is to conquer other lands and become the biggest among all the players.

Similarly to Paper.io, this game will give you control over a snake and you have to crawl across the world to capture every block you see in the vision.

The point is, you’ll not be playing this game again. You will be playing it against other snakes in the ultimate game of domination. And to win over them, you have to collect as many blocks as possible and not leave a single one for others.

The game is available on the Google play store, App Store and pokey.com. It has received better responses on poki.com compared to both the App Stores.

Snowball.io is a fun-filled multiplayer arena io game published by Geisha Tokyo Entertainment. The main motive of the player in the game is to accumulate snow while defeating others.

The game involves players accumulating snow while taking down others. While they are doing so, they have to make sure to avoid the disappearing ice platforms to fall down and lose. The last player who stands at the end line will win the match.

The game is available on the Google play store, gameforge.com, crazygames.com, App Store, and iogames.onl. Among these, leaving the gameforge.com platform, it has received good and excellent feedback from users on all the other platforms.

Paper.io has been accused of not being a multiplayer game multiple times. The claims were that it does not make you play against other real humans but against bots from its own side.

However, all the above-mentioned games are multiplayer games that allow you to play for yourself but against other humans.

We hope by reading our list of best games like Paper.io, you now have a good number of games to look forward to after being bored playing Paper.io till now.

Slither.io, Hexanaut.io, Splix.io, Agar.io, and Hole.io are the best games like Paper.io. Although you can find several other games in the market, the above-mentioned games are all multiplayer ones that allow you to play against multiple players from across the world.

Yes, in the Paper.io series, three games are included. The list contains Paper.io 3D, Paper.io, and Paper.io 2. The sequel game is like the first game but has some different and enhanced features. The game can be installed for free from the Google play store.

Discloure: ViralTalky is supported by its audience, when you buy through links on our site, we may earn a small commission.
Contents hide
1 Hexanaut.io
1.1 Highlights
2 Slither.io
2.1 Highlights
3 Agar.io
3.1 Highlights
4 Hole.io
4.1 Highlights
5 Splix.io
5.1 Highlights
6 Snowball.io
6.1 Highlights
7 Final Words
8 Frequently Asked Questions
8.1 Which are the best io games like Paper.io?
8.2 Is there a Paper.io 2?