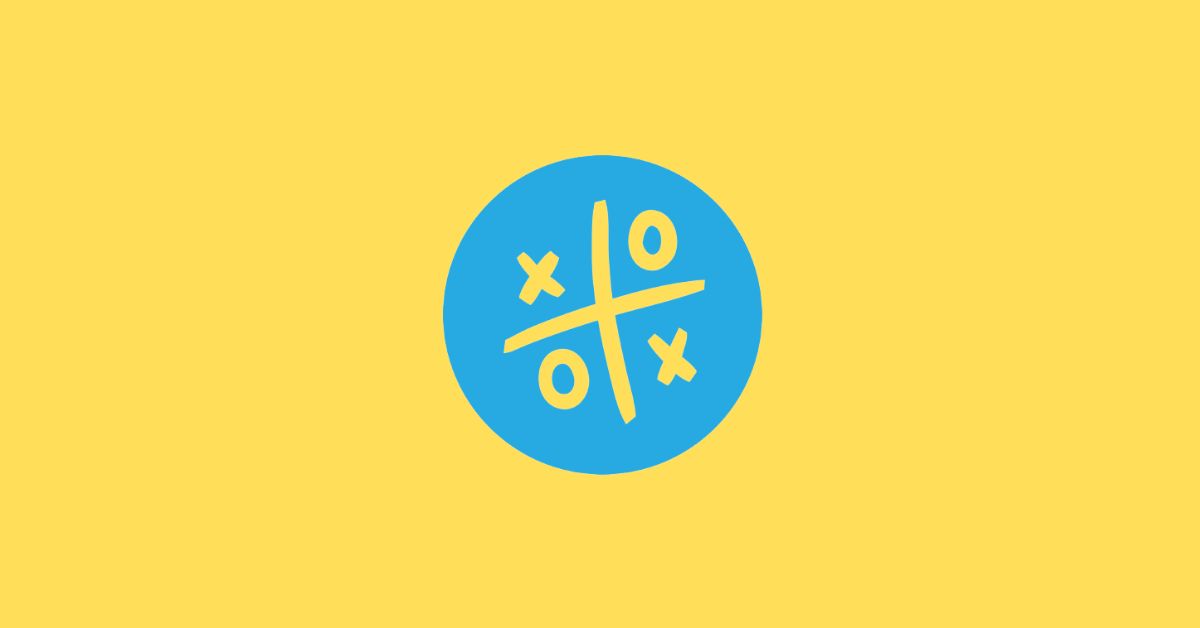 Games like Tic Tac Toe: Are you one among us who has spent your childhood winning and losing in the famous tic-tac-toe game? If that is actually the case, don’t you think it is time for you to step out of your borders and try something different and more fun games like tic-tac-toe?

Tic-tac-toe is a worldwide famous game commonly played by every age group. It also goes by other names like Xs and Os and Noughts and Crosses. The game is played by two players and then take turns marking the spaces in the three-grade box. The one to successfully make a sequence of three initials is the winner of the game.

It surely does bring back several memories. However, if you want to know more about tic-tac-toe alternatives, we would suggest you go through our list of best games like tic-tac-toe mentioned in the following article.

Dots and Boxes is a popular pencil-and-paper game like Tic Tac Toe that two players can play, the number of players can be expanded depending on the situation.

The game was first played and introduced to the world by a French mathematician in the 19th century. It goes by many names like pigs in a pen, boxes, dot-to-dot grid, the game of dots, dots and dashes, etc.

The goal of the game is to make as many boxes as possible. All the players will take turns and draw either horizontal or vertical lines to create boxes.

Once you have completed a box, you’ll write your initial inside the box to claim it as yours.

Similar to tic-tac-toe, Sim is a pen and pencil game. The players are required to join doors on a hexagon. The goal of this game is to avoid competing for a triangle in the players on color. If one completes a triangle in their own color, he or she will lose the game.

To start the game, the players are required to draw a hexagon full of dots. The gameplay mainly involves every player drawing a line on their turn.

The game will not drop into a tie as there is no way or the lines will be drawn no triangle will form.

Pictionary is a fun-filled charade-like game that was first invented by Robert Angel in 1985. It is one of the best games like tic tac toe, though the gameplay and style of the game are different.

The gameplay involves simple actions like moving a piece on the game board where a sequence of squares can be seen. Every square will have a letter or shape above it to show the type of picture which is to be drawn.

Battleship, also known by the name battleships and Sea Battle is a strategy guessing game played between two players. You have to play this game on a ruled paper or board where every player’s fleet of warships will be marked.

Sprouts is a pen and pencil game which is famous for its mathematical properties. It was first invented by a mathematician named John Horton Conway and Michael S Patterson at Cambridge University in the early 1960s.

The game is played by only two players. It is one of the similar games like tic-tac-toe because of its unique gameplay and strategy.

Bulls and Cows guessing game is also known as pigs and bulls and cows and bulls. It is a code-breaking mind or paper and pencil game played between two or more players.

It is a predating commercially marketed board game like a mastermind and the famous hit word game Wordle. It is one of the best tic-tac-toe alternatives.

Mastermind is a difficult puzzle game like Tic Tac Toe that is played between two players usually. The objective of the game is, the first player has to try and guess the code narrated by their opponent.

The game can be played on the board or also by pen and paper. The level of security of the game depends on your opponent’s intelligence and creativity.

Paper soccer, also commonly known as paper hockey, is an abstract strategy game that is played on a square grid who is the President of a soccer or hockey field.

The main actions in the game involve the players taking turns and extending a line that represents the position of a ball. This goes on until it reaches a grid’s two-goal spaces. Because of its unique gameplay, it is one of the amazing games like tic-tac-toe to play with a pen and paper.

Pops is a similar game that has similar gameplay, style, and outlook to most of the games mentioned in this list.

The objective of the game is to take turns and add O or P in any box in the grid. The player has to make POP. The last player to add any letter from the aforementioned word can claim it as his or her. He or she can take an extra chance after making one POP.

All the above-mentioned games are the best games like Tic Tac Toe. The list includes both types of games, ones that need hard work from the mind and ones which have super easy gameplay.

We hope by reading our article, now you have plenty of games to play if you are bored with tic-tac-toe.

Bulls and cows, sprout, battleship, Pictionary, dots and boxes, X and 0, and Paper Soccer are a few of the best and ideal games recommended for you if you love tic-tac-toe.

Is there a better version of tic-tac-toe?

Not the better version but if you like tic-tac-toe and want a game with a bit more enhanced features but similar gameplay, then Dots and Boxes is the most classic pen and paper game similar to tic-tac-toe.