Webtoon is one of the best digital comic applications which offers the best way to read Manga, Comics, and Manhwa. It features more than 170 featured comics, including Bluechair, Tower of God, Siren’s lament and much more.

All the comics consists of several categories which include Action, Sci-Fi, Romantic, Fantasy, Horror, etc. It is a splendid tool which includes prominent features such as free to use, regular updates, downloading unlimited comics, up-to-date recommendations, user-friendly interface, subscription support, FX Comics and more.

Just like with manga, there are many less-than-legal places which allow you read manhwa. Check out the article below for more information on best apps like Webtoons where you can find licensed manga, comics, manhwa, novels, etc.

WebComics is one of the world’s leading and best apps like Webtoon where you can read comic and manga on both iOS and Android devices. It has a huge list of popular titles which comprises several genres, including fantasy comic, horror comic, BL comic, comedy comic and more.

Likewise, it also provides numerous new services and features which stands out from its competitors. Some of its most significant features are fast loading speed, 1080 HD strips, commenting, more than five-hundred licensed comics, daily updates and interaction with friends.

Tapas – Comics and Novels is a free to use app which offers thousands of web novels and comics. It covers almost all the popular titles and also regularly updates to provide you the latest content for completely free.

Tapas is filled with a community of millions of comic lovers where all the users are allowed to share their experience and can also recommend the best comic or novel series to read and adore.

Webnovel is a free to use web and mobile application specially designed for those who like novels and wish to listen to and read new novels without any daily limit. This app consists of almost all the advanced or leading tools and features which makes it one of the best novel apps for everyone.

Just like other webtoon alternatives, it lets you read scenes from your favorite novels, take screenshot and share it to your social media. With the help of its advanced tools, you can easily find, save, and even share your favorite novels and can also add these novels into your library which makes it better than other apps in this list.

It consists of thousands of images, characters, and an environment which permits anyone to make their own comic and get real-time feedback. It offers lots of new ways to create comics such as disappear, appear, add photos, modern AR to interact with characters and use voice recognition.

MangaToon is another Webtoon alternative which is available on both Android and iOS devices. This platform offers comics, manhwa, manga & manhua at no cost. All these comics are colorful and comes in different genres like romance, horror, action, boy’s love, girl’s love. Comedy and much more.

It offers several features: daily updates, free comics release every week, download comics and read them offline, writing own stories and more. You can be able to read comics in various languages such as Thai, English, Spanish, Indonesia, Portuguese, Vietnamese and Bahasa.

Pocket Comics: Premium Webtoon offers the world of stories into the palm of your hand. It consists of several genres such as adventure, romance, sci-fi, BL/GL, romance, drama, mystery, fantasy, action, thriller and much more. It is considered as one of the best apps like Webtoon.

You can be able to read any comic for completely free. Once you finish reading free chapters, you can use their rental system to continue reading at no cost. Users can rent the new chapter after a certain time has passed. Also, you can directly purchase chapters from your favorite creators.

With Manga Dogs, you can follow your favorite manga and discuss with manga fans like you. You’ll receive a notification whenever your following manga gets updated. It is one of the best apps like Webtoon. You can be able to browse thousands of manga from over 20 sources in six languages.

You can see what others are reading and what is popular Manga online. Its specially designed viewer offers the best manga reading experience, and advanced settings can be accessible right in the viewer for deep customization.

Izeno is one of the popular digital comics and manga app which lets you to read unlimited comics even offline. It features a huge range of HD albums which works efficiently on all screens such as tablets, PC and mobile applications.

Not only that, Izneo consists of an album-syncing features which you can access any time you like. Also, it makes it easy to pick up where you left.

Spotton is another webtoon alternative which is a mobile-optimized digital content service provider and publisher. This app is specially designed for comic lovers who want to enjoy all premium content for completely free, also you don’t need to sign up for this.

It has a huge library of leading Manga and comics series from all around the world which you can read and download whenever you like. It also allows you to use its advanced search bar to explore over 20 categories, and every category has its own comics.

Comica is one of the best apps like Webtoon which is developed by Comica Entertainment Crop. It is an amazing app which consists of both free and premium comics which you can access anytime, anywhere.

Furthermore, it even allows you to see astonishing comic creations which are enjoyable for you. it has more than 100 new comics from the famous author in Korea and few newcomers from across the world. We can say that, it is an all-in-one comic platform which offers all the comic related news, publisher news and more.

I hope the above article on 10 best apps like Webtoon has helped you to get the best licensed platforms where you can seamlessly read manhwa.

No, the Webtoon app and website is protected by the copyright laws of applicable countries, as well as other rational property laws and treaties.

Webtoons are a kind of digital comic which was original in South Korea. However, these comics are also available in English and several other languages. 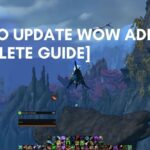 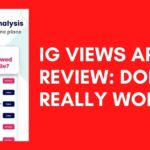