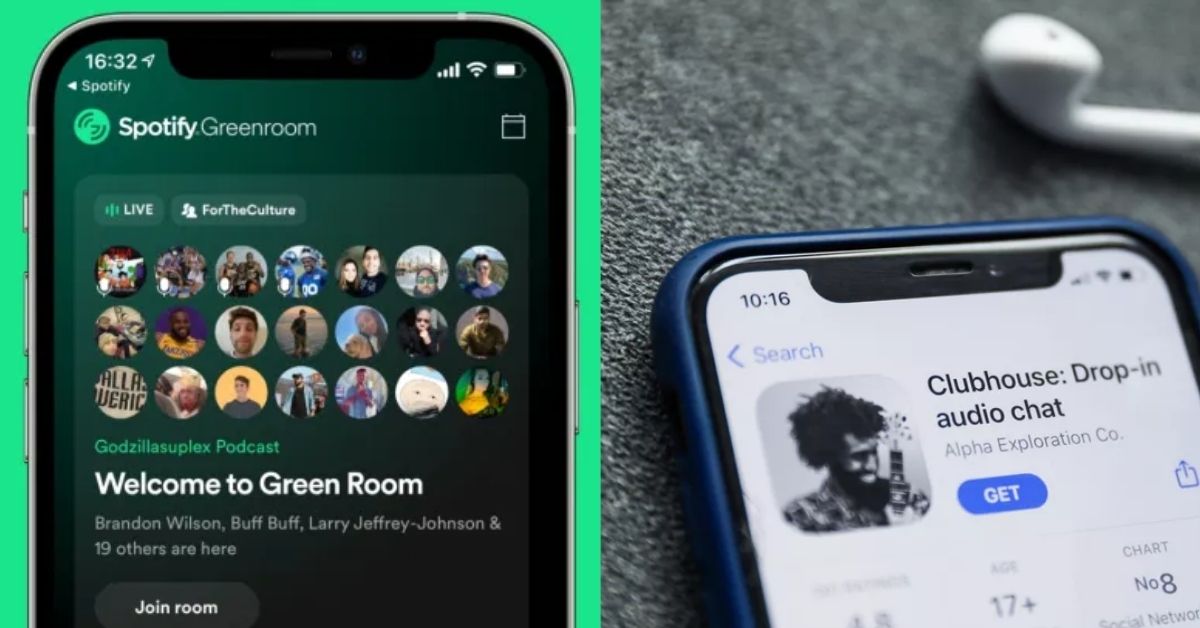 Spotify Greenroom vs Clubhouse – Are you wondering which social media platform is best? Want to know which app offers the best options? Don’t worry, you’ve come to the right place! In this article, I’ll show you a simple guide on Spotify Greenroom and Clubhouse comparison.

It seems that every tech business is interested in social audio, a thing which didn’t widely existed until March, when Clubhouse launched. Later, Facebook hosted its first Live Rooms, Twitter has launched Spaced and other platforms like LinkedIn, Discord, Slack, and Reddit have started creating similar products.

Just like any other platform, Spotify has also created a social audio app called “Spotify Greenroom” which allows people to join the app and create Live Rooms. This app is almost similar to Clubhouse which lets users host live conversations about music, sports and culture. Check out the guide below on more information on Spotify Greenroom vs Clubhouse comparison.

Spotify Greenroom is a new social media platform which is developed by Spotify. It allows users to participate or host in a live-audio virtual-room for conversation by using their Spotify log in credentials. The current capacity of single room is limited to 1000 people, and it is available for both iOS and Android devices.

Spotify Greenroom provides recording abilities for users to complement their on-demand content with live conversations. Also, it comes with chat control that mainly focuses on enhancing user’s experience. It is specially designed for artists and creators, which improves communications and deep connections among participants in live rooms.

You can easily create a room by just simply clicking on the “Create Room” option at the bottom of the home page and then invite others to the Room, and choose groups to go live in. Through these virtual rooms, you can talk or listen about the things you are interested with fans and other artists who have similar interests.

The host who starts the room is capable to controlling requests to speak on stage, and also switch the discussions tab. You can even create rooms just for you and your friends to hang out. You can also have the choice to browse groups about different topic and get notified about live rooms which might interest you.

Clubhouse is an invitation only social media platform for Android and iOS where users can be able to communicate in voice chat room which accommodate groups of thousands of people. The audio only app hosts live discussions, opportunities to participate via listening and speaking. The app was initially introduced to iOS with a beta launch for Android. Later in 2021, it launched the full Android version.

The key feature of Clubhouse is virtual “rooms” in which users can communicate. These rooms are categorized depending on different levels of privacy.

Within a room, there are three units: followed by the speakers, the stage and others in the room. The name and profile picture of every user present in a room are showed in the suitable unit. According to Clubhouse’s guidelines, conversations are prevented from being transcribed, recorded, reproduce or shared without obvious permission.

Whenever a user creates a room, they are assigned the role of ‘moderator’ which is presented by a green star that appears next to the username. It provides them the authority to call users to the stage, remove speakers from the stage and mute users.