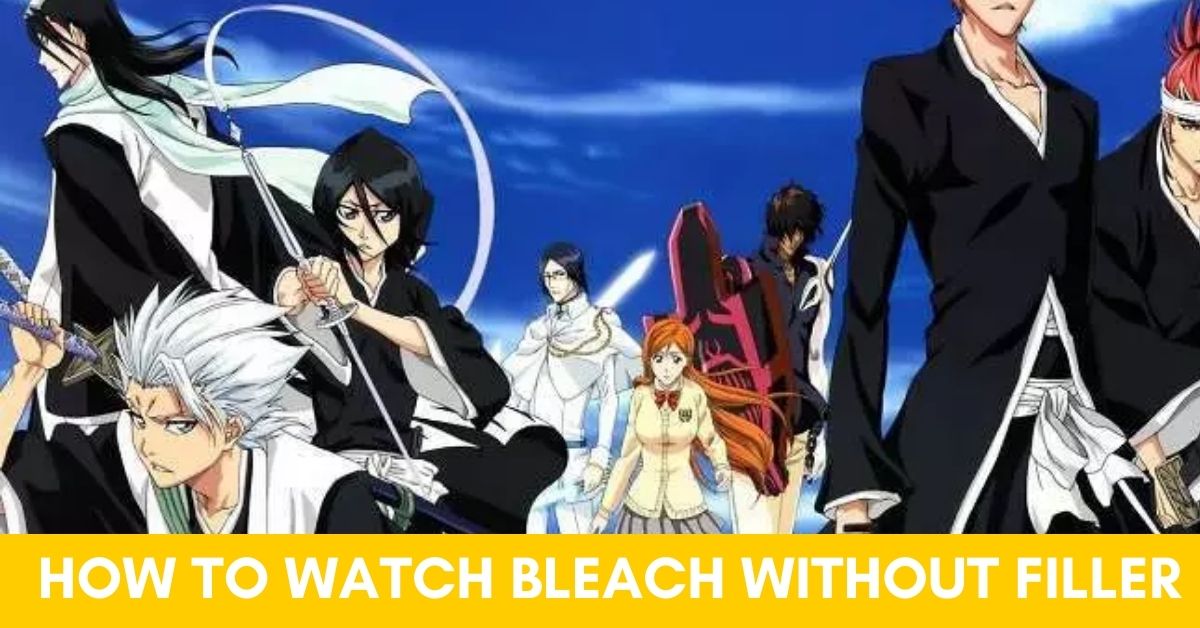 Want to know how to watch bleach without filler? This is the most common question asked by the people who have just started watching anime. In this article, I’ll show you the bleach watch order without any fillers.

Bleach follows the story of Ichigo Kurosaki who obtains the powers of a Soul Reaper from another soul reaper, Rukia Kuchiki. The anime adaption contains original storyline which is not found in the manga with repetitive appearances and stories comprising these original characters.

How to watch Bleach without filler [Guide]

One of the best ways to watch Bleach is to lessen the watch time by skipping fillers. Usually, Bleach filler episodes have less significance to the ongoing plot and have unsatisfying fight scenes.

Also, for some time, Bleach filler episodes have been omitted due to its unpopularity. Check out the guide below for information on how to watch bleach without filler.

You can be able to watch the entire Bleach anime series on Crunchyroll. There are also other sites which stream Bleach, but I’d not recommend that as those sites are illegal. Viewing through official app or website help the network and production to remain making our favorite anime series.

Basically, Bleach has a total of 366 episodes with each episode having a length of 24 minutes. It has a total of 163 reported filler episodes, and it has a high filler percentage of 45%.

Here is the list of few episodes which you can skip if you don’t like any deviation from the main story line:

You might be thinking why there are so many filler episodes. Well, I’d like to say just like Naruto and other anime, Bleach has a lot of depth in its storyline and explains on every detail.

Conclusion: if you want to have the complete essence of Bleach, then I would recommend you to watch the Bleach filler episodes as well. Nevertheless, I hope the above article has helped you to get an idea on how to watch Bleach without filler.

Can I watch Bleach without fillers?

Yes, one of the best ways to watch Bleach is to lessen the watch time by skipping fillers.

How long is bleach without filler?

Bleach has a total of 366 episodes with each episode having a length of 24 minutes.

What is the correct way to watch Bleach?