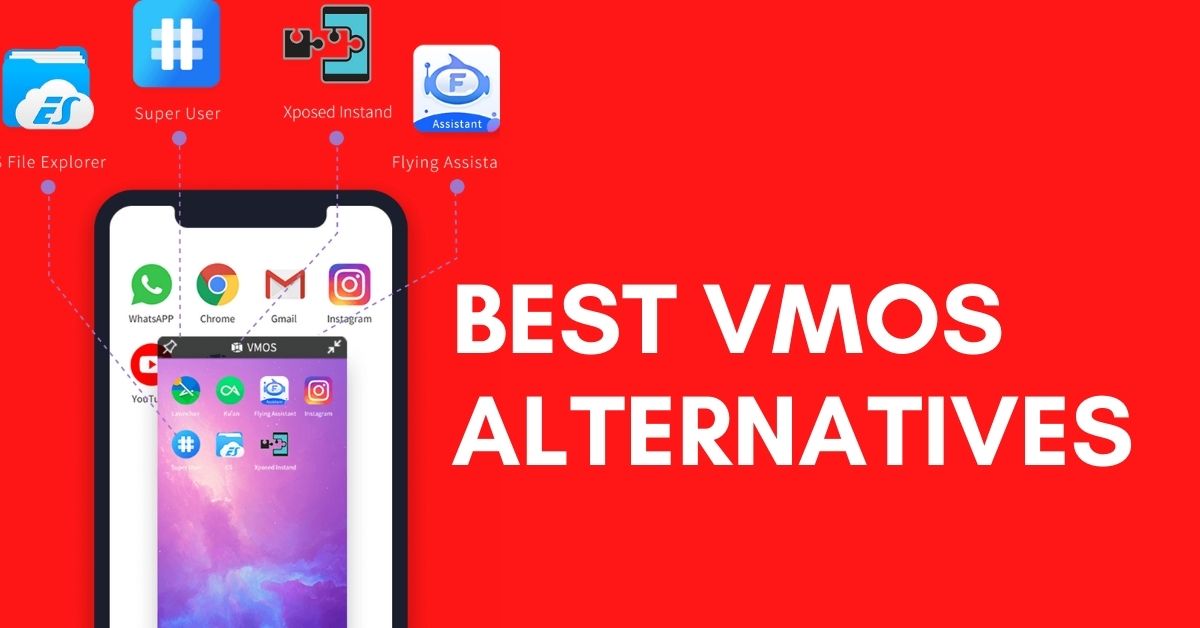 Are you wondering what are the best Vmos alternatives? Want to know which platform offers better features? You’re at the right place! In this article, I’ll show you 7 best platforms like VMOS which will help you to download and install apps or games on your PC.

VMOS is one of the best all-in-one virtual machine operating system software developed for Android which will do all the things for you by simply running another Android OS as the guest operating system. Just like any other application, VMOS also has a simple installation process.

Leapdroid offers you a fast and better performance to run Android games and other applications. You can get access to the two VM apps through the Leapdroid Android emulator. The first VM lets you use a single instance of this emulator.

The second VM lets you use two instances of this emulator at the same time. It is one of the best Vmos alternatives and is popular among developers because of its better performance in games installation and playing.

MEmu is an amazing Android emulator which gives you access to the whole catalog of games for this operating system on your device. It is mainly focused on video games that are usually playing using an Android device.

The software makes it easy, fast and simple to enjoy a wide range of games and other applications which have been designed only for the Android platform. It is one of the best Vmos alternative.

Droid4X is one of the best free android emulators out there. It is used as an Android emulator that allows you to run as a guest operating system on Windows 10 PC and Laptops. It is a full working Android operating System with Wi-Fi, functional apps and Google Play Store.

You can be able to play games, configure settings, install apps, navigate the system, test your apps and much more. You can also download a virtual controller for your iOS or Android devices.

BlueStacks is an American cloud-based cross-platform company. It is developed to allow Android applications to run on computers running Apple’s macOS and Microsoft Windows. It gives a high-quality performance.

This compatible Android emulator provides a customized Windows app that is either ins a fixed size for the windows on PC or Mac or has a full window size. You can easily download it from the integrated Google Play Store or from BlueStacks apps itself.

Andy is one of the best Vmos alternatives. It is a free utility tool which lets you to easily run an Android system on your desktop. This Android emulator has the ability to mimic the entire Android experience on your PC.

You can also be able to download, install and use several apps on your Windows PC which are only completely available on Android. You don’t even have to go through a complicated setup process.

Nox App Player is an Android emulator which allows you use almost any of this operating system’s apps or games from your computer. It has an exclusive feature which is control customization and is also compatible with Windows 10.

When compared to other emulators, it supports all GPS-based games, and it also has a virtual location in it.

KoPlayer is a free Android emulator which runs directly from your PC desktop. It allows access to many of the available features on your phone or tablet. It is pretty to install it, and you can have the ability to login to your Google account and have access to Play Store, email and much more.

Also, it has easy user interface, including a left-hand menu that provides access to volume, keyboard, screenshot, etc. Most importantly, it provides better tools to play Android-based games including hardware acceleration.

I hope the above article on 7 best Vmos alternatives has helped you to pick up the best emulator which will help you to install your favorite games on your PC.