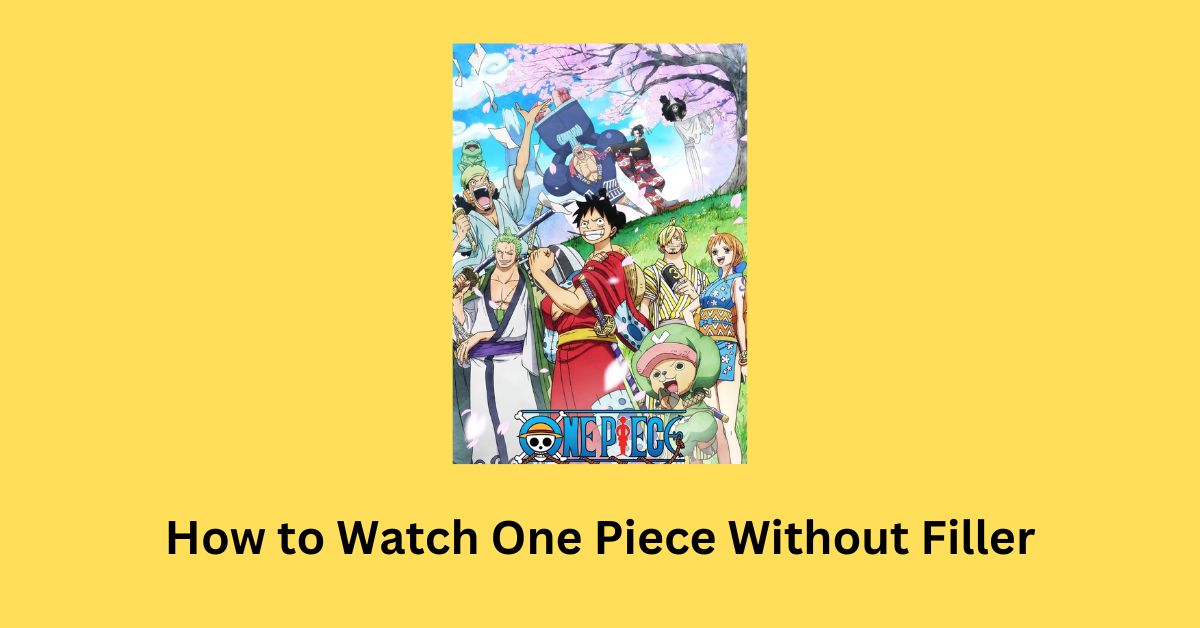 How to Watch One Piece Without Filler: One Piece – is one of the most famous anime of all time, although it has millions of fans across the world there are still millions of people who haven’t even started the legendary anime due to its length.

One Piece anime is one of the leading Japanese manga series and adapted into anime starring Mayumi Tanaka as the main character – Monkey D. Luffy who wants to become the king of all the pirates in the world.

Filler episodes in anime are mostly side stories including other supporting roles or not-so-important backstories of the main lead. These filler episodes are more like additional fun and inspiration for the author to create more of the content since these parts don’t appear in the original Manga or light novels from which the anime was adapted.

How many Filler Episodes does One Piece have?

One Piece anime has over 1000 episodes as of 2022 and among them, about 103 are filler episodes with each with a duration of 20 minutes totaling up to 24 hours of extra content in One Piece anime.

Now, almost each filler episode talks about different characters, the main lead, backstories, and additional content which you might be interested in but even if you decide to skip these 103 episodes, you will still be following the One Piece main story perfectly.

How to Watch One Piece Without Filler?

To start with, for a better streaming experience, we will highly suggest you try streaming One Piece on anime platforms like Crunchyroll or Funimation. Though there are plenty of other sites that stream One Piece but it is always better to opt for official streaming platforms than pirated and third-party websites.

One Piece started broadcasting in 1999 and as of December 2022, it has about 20 seasons released and currently on episode 152 of season 20 with each episode about the length of 24 minutes. Of course, the episodes are over 1000, and watching all the episodes is nothing but hustle. So, to help you avoid the fillers, we have presented the fillers divided into two sections for a better understanding below.

Below is a list of filler episodes from various Arcs in One Piece.

Individual Filler Episodes in One Piece

Now, we are going to present a list of filler episodes that do not form or are included in any Arc and are usually found within canon Arcs or in a spin-off single episode side stories which can be skipped without leaving the main plot behind.

In the above article, we have successfully mentioned all the filler arcs and individual episodes including fillers which can be skipped without losing any part of the main story of One Piece.

For the same reason, you might be wondering why One Piece includes over 100 filler episodes – that is because similar to other lengthy anime like Naruto and Pokémon, while the main character is shown most of the time, his or her back story along with other side character and side stories are all included to make the Anime complete from every nook and corner.

With this, we hope you now know how to watch One Piece without filler.

Is it ok to watch One Piece without fillers?

How long does One Piece take to watch without fillers?

Is it ok to skip One Piece movies?

One Piece movies have received a powerful response from viewers but they don’t hold a major part of the main story of One Piece and that is why they can be skipped unless you wish to follow One Piece entirely from start to end.

Is Skypiea a filler?

Skypiea is one of the earlier arcs in the One Piece story but although it includes canon episodes in more quantity, for unbeatable and unknown reasons fans have declared it to be a filler arc when in reality, it actually follows the One Piece story and is important to watch.

Which is the longest filler in One Piece?

The G-8 arc, containing 11 filler episodes, is the longest filler in One Piece.