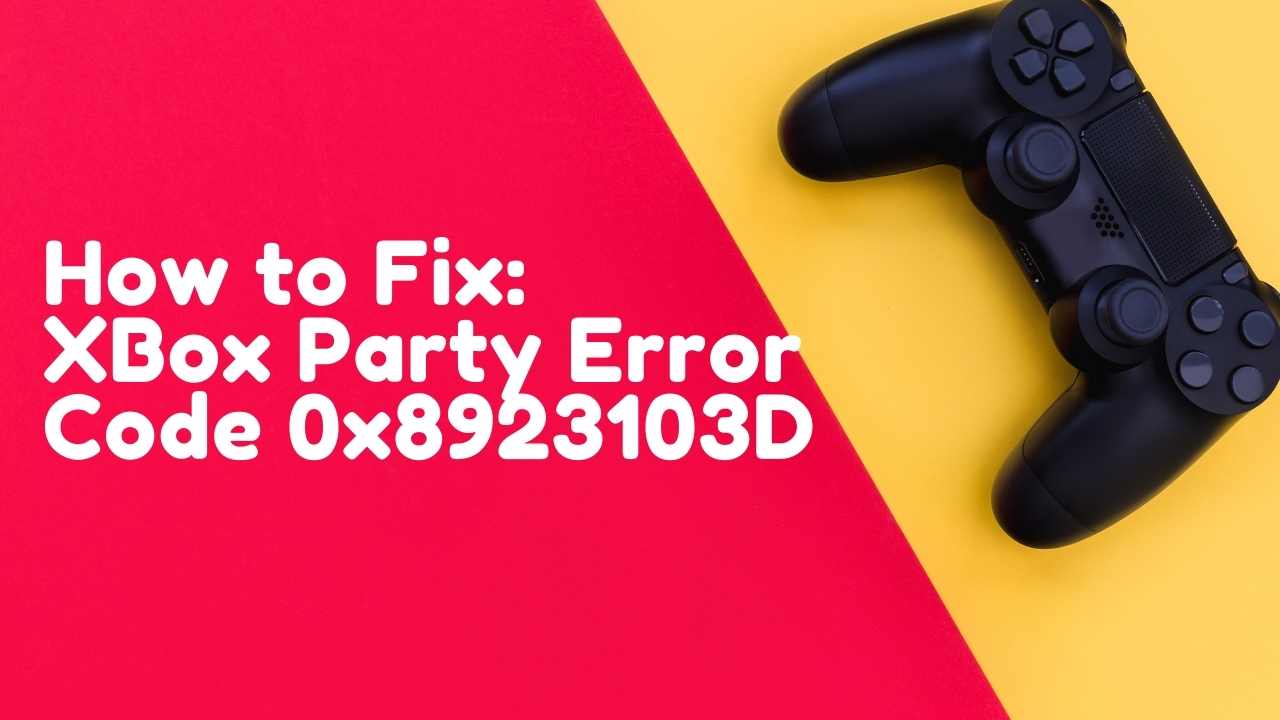 After doing some research, we discovered some methods to fix 0x8923103D in Xbox. Hopefully it will work for you too.

Error Code 0x8923103D is happening while Xbox users are trying to join the Party. The error message is shown as “We can’t connect to Xbox Live right now – the service might be down. [0x8923103D]”. This error is found on multiple devices, some users are facing this error in the PC and Mobile as well.

First, whenever you get this error message, you should check the Xbox service status. If there is an issue from the Xbox side regarding Party, the message will display as: “Right now the party service has an outage”. In this case, you need to wait for the sometimes till next update from the Xbox Officials. You need to visit this page to check the service status of the Xbox. https://beta.support.xbox.com/xbox-live-status This page will show the every information about Xbox like service status of your account, service down, Apps and more.

Sometimes, your poor internet connection also may responsible for Error 0x8923103D. Hence, you need to check your internet connection. You can restart your router or perform a speed test to check the quality of the internet. If everything is OK, then follow the other solution to fix it.

Another way to fix 0x8923103D error is by resetting the Xbox App Settings. Here are the steps to perform reset in Xbox App: After doing the reset, restart your device and check the problem again, it is still happening or not. After applying all the above ways you still get the same error, so our advice is to wait sometimes until the next Xbox update. You need to check the Xbox Live Service Status as we told you earlier. In most cases, error code 0x8923103D occurs while there is a problem from Microsoft.

Xbox error code 0x8923103D is encountered while users are trying to start / join the party on the Xbox. There can be many reasons behind the error 0x8923103D, most of the time it happens while Microsoft is updating the Party function. All Xbox Error Codes & Fixes:
Contents hide
1 How to Fix: XBox Party Error Code 0x8923103D
1.1 What is Error Code 0x8923103D? Causes of it.
1.2 Check Xbox Live Service Status
1.3 Check your Internet Connection
1.4 Perform Power Cycle
1.5 Reset the Xbox App Settings
1.6 Conclusion: