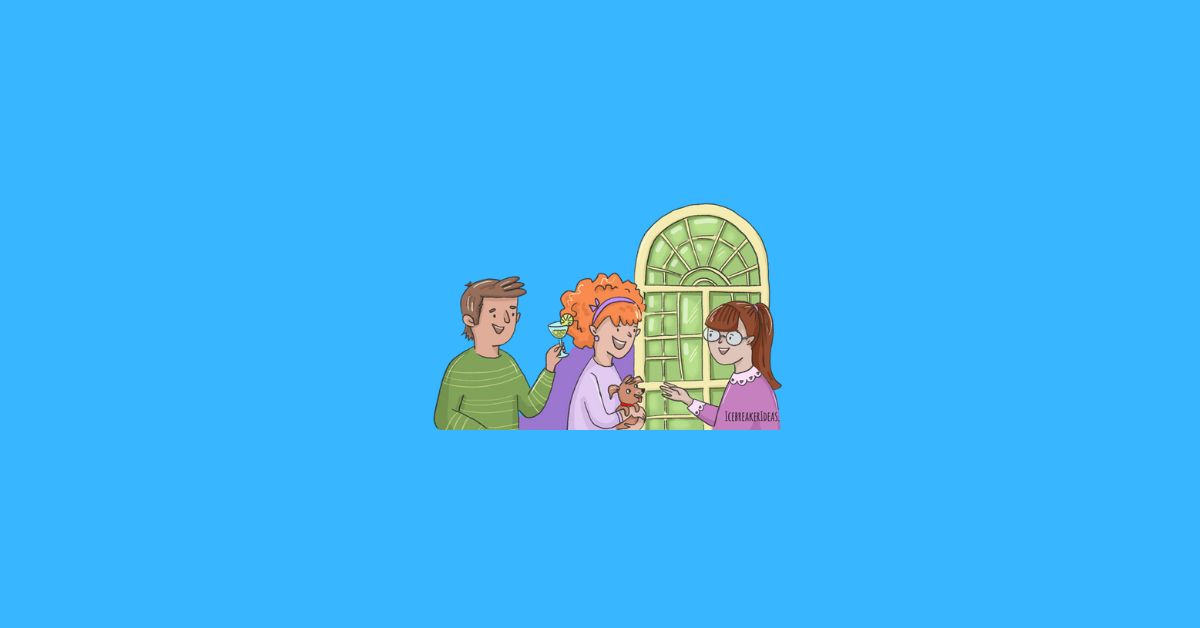 Are you done playing mobile and computer games and want to spend some quality time with your surrounding people? Leaving the TV, YouTube, music and other digital and technology things aside?

If that is the case then have you heard about games like Green Glass Door? The game does not require any equipment like a mobile phone, tablet, or even a pencil or paper to play. All you have to do is gather a bunch of participants and that is it.

Green glass door game is a riddle game. The main objective of the game is to find out what can go through the Green Glass Door and what cannot pass through it. The key to the game is that whatever sentence you add, the name mentioned in the sentence must have vowels, consonants, or double letters.

The Green Glass Door game does sound like a good riddle game to play when you are fed up with using tech equipment. The game can be played with two or more participants meaning you do not need a whole bunch of people but two would be enough.

However, if you have already played this game or you are not interested in playing this game for any reason, how about you have a look below where we have presented a perfect list of best games like Green glass door?

All the games below do not require any equipment as already said and all you need is a pair of two or more people to do the better work. If you got them, then what are you waiting for? Start reading now!

Black Magic is a guessing game for the audience. The main goal of the game is – the audience is required to figure out how the two people in the front are communicating telepathically.

Name of the game is about psychic powers of black magic but fake. It is also a hint for the audience which will help them guess how the game works. It is one of the best games like the green grass because one has to use his or her brain to win.

The Right Party game is mainly played by girls. It is a party game and one participant has to take charge of the host role and others have to make a circle. Host will also be included in the game.

The gameplay of this game mainly involves talking about the right party outfit. The main goal of the game is to see who describes the accurate right party clothes.

The key to the right answer is, as a participant sitting in the circle, you have to describe the outfit of the person sitting to your right bit by bit.

For instance, you can start by pointing out the major apparel he or she is wearing, then in the next round, you can talk about the colors of the outfit and then accessories, etc.

The Umbrella Game is a guessing game played between 2 or more players. The game will start with 1 player inviting other friends to the party. One among the group has to become the host who will do the approving or disapproving role.

Every player in the group has to name something they would like to bring to the party. The catch is that while the host will go on improving and disapproving the items based on certain points, the players in the group will try to figure out how the things are being accepted and how they are not.

It is one of the best games like the Green Glass Door because, although it requires thinking and group discussions, the difficulty level is easy and all age groups are invited. The length of the game can be 10 to 15 minutes. This game is similar to the last game – The Right Party.

Johnny Whoop, also popularly known as Johny Johny is a children’s hand game that includes more than 3 players. The game can be played by all age groups. For kids, it is useful for improving their coordination skills.

It is one of the best games like the Green Glass Door because it requires more people in participants then just one or two. The game can be completed within a few minutes or can take hours if there are more than 10 to 15 participants.

The speed of each player also decides the time span of each game. The key to the game is that the player must know how to memorize the actions of the players before him or her.

Heads Up, Seven Up

Heads Up, Seven up, also known by a good bunch of names like ‘thumbs up, seven up’ or ‘heads down thumbs up’ is a game where every participant with their hands raised is required to guess who tab on their heads.

It is commonly and traditionally played between the kids of elementary schools. However, the game can involve all types of age groups from toddlers to till elders. This is why it is one of the best games like Green Glass Door.

Green Glass Door is a good option when you want to play with kids or people of your age. As the game can be simply enjoyed by all age groups, different age groups can play this game together and have a pleasing and peaceful time playing together.

However, to those who are bored of playing Green Glass Door or maybe want a good alternative to it, we highly suggest you to pick one of the games from the above list of best games like Green Glass Door.

All the games well each helps develop or improve a new skill in the player whether he or she is a kid or an elder.

If you want to slide your cell phones, laptops and tablets aside and have a natural and good time with your surrounding people then the games mentioned above can help a lot.

What can get through the Green Glass Door?

What type of game is Green Glass Door?