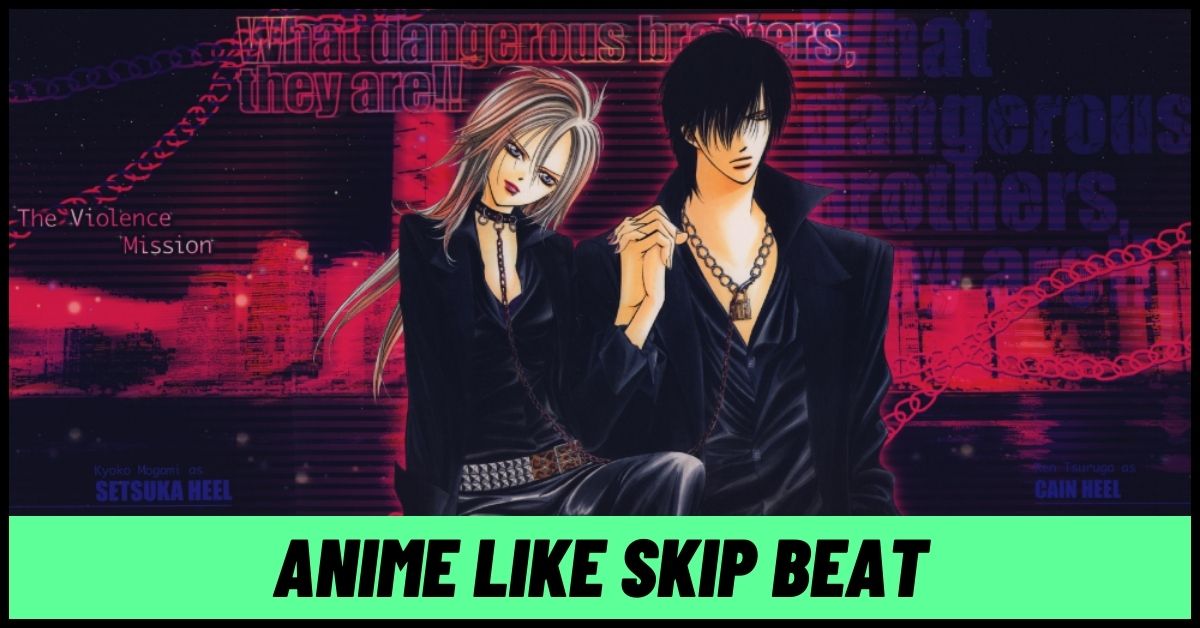 Maybe not entirely, but anime and manga like Skip Beat show amazing parts of woman empowerment followed by unique stories, something that might actually catch your interest.

Although she is packed with work all the time, she has never once complained about her life and is immensely captivated with Shou. But, all her dreams come crashing down when she hears Shou talk to someone about how he sees her as nothing more than a maid.

Enraged after what she heard, she’s sworn to get revenge on her former crush and enter the world of showbiz to get on the top, exceeding him in the process.

But, to get at the top of the entertainment industry is not an easy task since she continuously encounters people who somehow forces her to step out of her comfort zone. However, as she is determined for vengeance, she pushes herself forward and rises to the top.

Skip Beat! has a different story than the usual slice of life and drama anime. But, in case you have already tried this one and are searching for more anime like Skip Beat, then we are delighted to inform you that the article mentioned below contains an unbiased list of 7 amazing anime similar to Skip Beat.

Peach Girl: Super Pop Love Hurricane includes the tale of a gorgeous ex-high school swim squad member named Momo Adachi. She has long and bleached hair and a tan, appetite body – which can simply get her any guy she wants.

But, she is only in love with a baseball player named Kazuya “Toji” Toujigamori who she fell for in junior high. But, the player only likes pale-skinned girls.

Momo is trying to change her appearance but her envious classmates have started rumors that she is not easy to get along with and has a cunning personality.

However, Momo has a friend named Sae Kashiwagi who’s always there for her. But, the reality is that the rumors were sourced from her side as she’s trying to steal Toji.

Along with all this, there is a popular male student at the same high school named Kairi Okayasu, who has openly declared his love for Momo and is set to date her at any cost.

Further in the story, it shows how Momo navigates through the complicated love triangles, face multiple obstacles from backstabbing friends, and deals with her insecurities eventually.

Ore Monogatari talks about Takeo Gouda, who’s a not-so-ordinary high school freshman with a muscular build and tall stature. Although his appearance is intimidating, behind the study personality lies a pure heart and he’s also considered a hero by his peers for his courage.

As expected, Takeo’s personality is the main obstacle in his love life, and to make things worse, while Takeo’s personality scares girls each time, his best friend Makoto Sunakawa, a handsome young man, is enough to steal every girl Takeo has ever liked.

On a regular day, Takeo bumps into a tragedy where a cute girl named Rinko Yamato was being molested. He moves forward to save her and right after, falls in love with her. But, as always, he expects her to like Sunakawa. Therefore, he acts as a cupid for Yamato while waiting for his own love story to bloom.

Ouran High School Host Club begins with Haruhi Fujioka as she enrolls at a prestigious school named Ouran Academy. One day, while seeking for a peaceful place in the school to study, she comes across an unused music zoom.

Thinking that there is no one inside, she enters the room only to be welcomed by the members of a popular host club – a club that has attractive boys to muse girls throughout the school.

As she’s comprehending stuff, the founder and the president of the club suddenly startle the bright student resulting in her breaking an expensive vase located on the nearby table.

The repayment of the vase looks difficult for the scholarship student, so the host club members come up with a perfect solution to the issue – that she should work for the club and become a host herself.

Soon, Haruhi enters the host club and is mistaken for a boy by her classmates. Thereon, she has a job to entertain different female students while handling her club’s extravagant personalities.

Kimi ni Todoke: From Me to You starts with the story of Sawako Kuronuma, who’s given a nickname of Sadako from ‘The Ring’ series due to similarities with the character. She’s seen as a frightening girl like the fictional character but in reality, she has a very sweet nature.

Looking to make friends in her classroom, she is living a normal life and is steadily driven towards the friendly and cheerful Shouta Kazehaya, the most famous boy in class.

After their first meeting, Sawako looked forward to Kazehaya’s ability to be comfortable by being the center of attraction.

One day, Kazehaya organizes a test of courage for their entire class and asks Sawako to attend along with other classmates. Seeing the golden opportunity, Sawako agrees and starts to get along with two of her classmates Ayane Yano and Chizuru Yoshida.

After that, she meets new people and experiences new emotions all after meeting Kazehaya – all this while being unaware that her existence has also made changes in Kazehaya’s life.

Wolf Girl & Black Prince starts with Erika Shinohara lying to her friends about her romantic love life. However, things get complicated when they ask for her to show the picture of her boyfriend.

Since she doesn’t have one, she snaps a picture of a handsome stranger and after showing the picture to friends – she realizes the stranger is a famous and kind-hearted boy named Kyouya Sata.

Now Erika is trapped in her own mess of lies and wants to avoid humiliation by her friends, she explains the situation to Kyouya, in high hopes that he will help her and pretend to be her boyfriend.

But, much to Erika’s dismay, Kyouya is not what they said – instead, he is a coldhearted sadist who forces her to act like his dog in return for keeping her secret.

Erica reluctantly accepts the offer, but soon starts to get glimpses of his true self hidden under the multiple layers of a cold-hearted boy’s persona. As days pass, she finds herself falling for the boy with a question of – if he feels the same way or not.

Like the Skip Beat anime, Wolf Girl & Black Prince is also majorly focused on the female protagonist and one of the must-watch anime like Skip Beat.

Yume-iro Pâtissière says that except for the fact that she loves eating cakes with passion, Ichigo Amano has never done anything successfully. But, after meeting Henry Lucas – an infamous Patissier, her incredible tasting abilities, which even she didn’t know of, were discovered.

Henri is quick to recognize the talent and so he offers her an opportunity to attend a prestigious St. Marie Academy – a popular culinary school specializing in deserts.

Although she is just a beginner who is lacking a lot of skills, thanks to Henry’s connections, she gets transferred to the top group including Sweets Princes.

These three Sweet Princes includes Sennosuke Andou who is an expert in traditional Japanese sweets, Satsuki Hanabusa – someone who is very good at candied flowers, and a talented chocolatier named Makoto Kashino.

The story follows all these people as they accompany each other and make all their patissier’s dreams come true with hard work in this competitive world.

Alice Academy includes a 10-year-old Mikan Sakura, an energetic and optimistic sweet child – the complete opposite of the intelligent and introverted Hotaru Imai.

Surprisingly, these two have been best friends for a long time and that is why, when Hotaru suddenly gets transferred to Alice Academy, a prestigious academy in the city, her best friend is beyond sad.

Things only worsened when she heard the horrible rumours about the school’s harsh treatment of students. Worrying about her friend, she decides to visit her.

After reaching the Academy, she learns that all the students in the Academy are gifted with different supernatural powers and the school is a government institution to train and protect these kids.

Further on, she discovers that she also has unique abilities and so she enrolled in the Academy, and after a lot of struggle – finally meets Hotaru.

Alice Academy shows the bond between two best friends and their adventures in the prestigious Academy, while they’re also on a journey to uncover the secrets surrounding the disturbing student named Natsume Hyuuga. This concept is what makes it one of the best anime like Skip Beat.